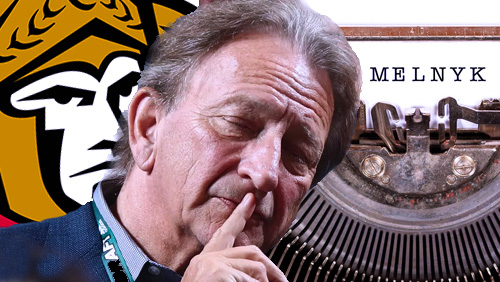 According to Forbes magazine, Canadian businessman Eugene Melnyk is estimated to be worth over $1.21 billion. That kind of money affords him certain luxuries that others only dream of, like buying professional sports teams. Despite his reported wealth, however, he is apparently having trouble paying his bills. According to court documents, Melnyk is facing a lawsuit from Connecticut tribal casino Mohegan Sun because 900,000 in checks have bounced and he isn’t making good on the debt.

Mohegan Sun is suing to try to recuperate money for checks that Melnyk’s bank refused to honor due to insufficient funds. All of the checks are from two years ago; one written on March 17 and four more on March 19. Three of those from the later gambling adventure were written within the span of an hour and four of the checks were each written for $200,000.

The casino hopes to recuperate the gambling debt, as well as just over $15,000 in damages and interest. The lawsuit, however, raises a bigger question about Melnyk’s financial stability and could put in jeopardy his continued ownership of the NHL’s Ottawa Senators.

He purchased the team and its arena, the Corel Centre, in 2003 and has become a somewhat polarizing figure lately, making comments over the past couple of years that seemed to disparage the team’s fans. He booted the Senators’ star player, Erik Karlsson, in the off-season and has developed a propensity for calling the team’s fans childish and developing a rift between the team and its supporters that continues to grow. If the NHL were to decide that he doesn’t deserve to hold onto the Senators without some major support, fans wouldn’t be disappointed.

Mohegan will almost certainly reach a deal that see it get its money quickly. It couldn’t come at a better time, either, as the casino’s operator, Mohegan Gaming & Entertainment (MGE), is definitely interested in trying to secure a casino tender in Hellinikon, Greece. The money would help, in a small way, cover the costs of building a casino if Mohegan were selected. Greece has confirmed that the final date for submitting license bids is October 4.