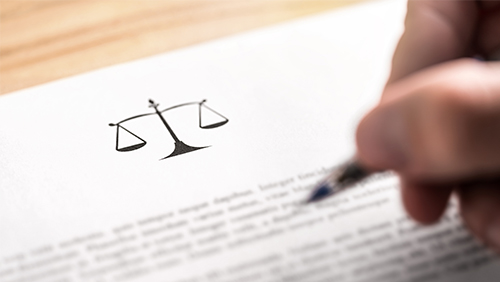 Universal Entertainment can finally put one of its headaches behind it. The casino operator went after a former lawyer in 2018, accusing it of unethical business practices after attorney Yuki Arai tried to overcharge the company by more than $100 million. The company contacted Japan’s Dai-Ichi Tokyo Bar Association at the time to call attention to the egregious action, and this didn’t sit well with Arai. He sued the company, claiming it had permanently damaged his reputation, and sought $285,000, in spite of the fact that he had already gotten away with a paycheck he didn’t earn. However, his attempt has fallen short and the courts have decided that he doesn’t deserve any more money.

Arai served as an auditor for Universal from 2014 to 2015, and perhaps didn’t think his shenanigans would be noticed when he slipped in the bill later, well after he had been relieved of his duties. As soon as Universal realized what had happened, it filed a complaint with the bar and also sought relief in court. It argued that Arai had altered a contract with the company for services he hadn’t legally provided and, while Universal never turned over the full amount, still wanted to get back the $80,000 in wages it had provided.

After all the public attention given the drama, Arai went after Universal in July of 2018, asking the courts to make Universal pay $142,000 for “pain, suffering and damage” to his reputation. A Tokyo District Court judge turned him down earlier this year, so he decided to appeal, doubling the amount he sought through his original claim.

Universal published an update (pdf) on the case yesterday, which should hopefully put this chapter to rest. It explained that the Tokyo High Court shot down Arai’s appeal and that he is not entitled to any money. However, this only brings to an end that particular chapter, not the whole story. Universal is still trying to get back the $80,000 it has asked Arai to return, and which the errant lawyer still feels he is entitled to keep.

As far as what action, if any, the Dai-Ichi Tokyo Bar Association took, this part of the story isn’t clear. His LinkedIn page indicates that he is still credentialed by the Japan Federation of Bar Associations, but his most recent employment experience centers on wealth management and investments, not the legal field.

This isn’t the first time Arai’s ethical integrity has come into question. In 2014, he was at the center of a scandal after reportedly offering to pay individuals if they would retract information damaging to Universal. That claim stemmed from a letter he sent to a former Universal employee, Takafumi Nakano, allegedly at the behest of Universal’s boss at the time, Kazuo Okada, to resolve an ongoing bribery case between the company and gaming officials in the Philippines. Okada always denied any wrongdoing, but the debacle ultimately helped produce enough support to push him out of the company.