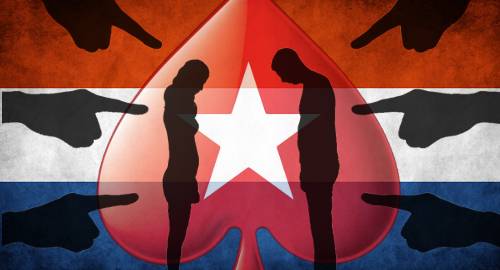 On Monday, the Netherlands’ Kansspelautoriteit (KSA) regulatory body announced that it had imposed a €400k fine on TSG Interactive Gaming Europe Ltd due to Dutch customers’ ability to gamble on the PokerStars.eu domain despite its lack of a Dutch gambling license.

The KSA launched its TSG probe in the second half of 2018, eventually determining that PokerStars.eu had crossed a number of the regulatory red lines, including the ability to access the site from a Dutch IP address, the use of popular Dutch payment processor iDeal, offering service in the Dutch language and not including the Netherlands in the site’s list of excluded territories.

The KSA’s probe revealed that over 33k Netherlands-based PokerStars.eu accounts had processed nearly 225k transactions with iDeal in just a six-week period last summer. Following interaction with the KSA regarding the probe, PokerStars.eu dropped iDeal as a payment option and eliminated its Dutch-language contact form this January.

Unlike previous sanctions of this sort, the KSA also found fault with PokerStars.eu featuring links to two Netherlands-based problem gambling programs, which the regulator said was further evidence of the site’s catering to Dutch punters. TSG responded by claiming that PokerStars.eu had included this information on the advice of the KSA, and TSG said it “regrets that this is now being used against” the company.

The timing of TSG’s penalty means the company will likely not be eligible to operate a Dutch-licensed site on January 1, 2021, the current target date for the launch of the Netherlands’ liberalized online gambling regime.

The list of major international operators on the KSA’s naughty list reads like an online gambling ‘who’s who’ guide, to the point that UK-listed 888 Holdings used its recent H1 earnings report to trumpet its lack of KSA sanction. 888 believes the fact that it is “compliant with the letter of the law” will offer a first-mover advantage in the Dutch regulated market while its major rivals stew on the sidelines.

TSG has yet to indicate whether it plans to appeal the KSA’s ruling, an option exercised by some other KSA penalty victims. However, Dutch courts have so far shown little sympathy for operators who’ve been dragged to the KSA’s woodshed.