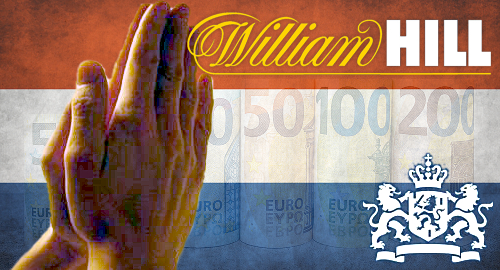 On Friday, the Kansspelautoriteit (KSA) gaming authority announced that it had imposed a €300k penalty on WHG (International) Ltd for offering online casino games and sports betting products to Dutch customers via Hills’ dot-com site and two mobile apps without the KSA’s approval.

The KSA’s case against Hills mirrors that of similar six-figure penalties issued in recent months, including Hills’ use of the iDeal online payment processing service popular with many Dutch-facing businesses. Hills’ website also featured a ‘Netherlands’ language option in its drop-down menus and permitted Dutch residents to access its customer service department.

KSA chairman René Jansen issued a statement saying the regulator would continue to target unauthorized online operators in this fashion, based on the regulator’s goal of “protecting the consumer” from, er, having online entertainment options. Jansen called these consumer protections “an important objective of the KSA, in addition to preventing gambling addiction and combating illegality.”

The Netherlands is still (allegedly) in the process of approving its new online gambling legislation and senior Dutch officials have suggested that any operator tagged with the KSA’s scarlet letter may have to serve a ‘time out’ of unspecified duration before being allowed to apply for a new local online license.

A Hills spokesperson told iGaming Business that the company would “definitely be appealing against the fine,” having apparently been informed that the KSA’s blow was coming weeks ago. The company noted that it wasn’t the first operator to have been penalized in this fashion to appeal the punishment, although these appeals haven’t enjoyed much success in Dutch courts.