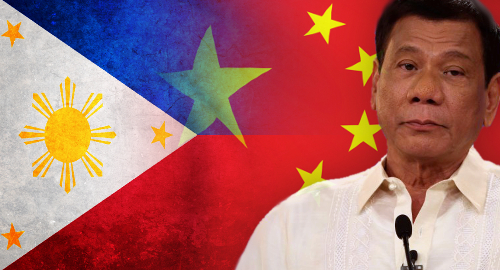 On Friday, Rodrigo’s spokesperson Salvador Panelo confirmed that Xi had discussed the possibility of shutting down all Philippine Offshore Gaming Operators (POGO) during his discussions with Duterte in Beijing. A Chinese government spokesman had urged the Philippines to “ban all online gambling” during a press conference last week.

Panelo reported that Xi had “expressed appreciation for what we did in suspending new applicants, but he said [China] will appreciate more if POGOs will be eliminated or stopped.” China prohibits all online gambling within its borders and it’s no secret that POGOs rely on mainland Chinese gamblers for the bulk of their trade.

Panelo said Duterte hadn’t offered any indication of how he responded to Xi’s “implied request” for a POGO shutdown, but Panelo did say that Duterte “most likely will study” the situation. Panelo noted that POGOs are an increasingly important contributor to the government’s revenue so Duterte will “have to consult with the Finance Department” before plotting any course of action.

Earlier this week, the Philippines’ central bank announced that it was studying the potential impact of a POGO shutdown on the overall economy. Coupled with Panelo’s comments, the forecast looks increasingly stormy for the POGO sector.

Finance Secretary Carlos Dominguez III said Friday that he was in the 2.5-hour meeting with Xi and Duterte and claimed that Xi was respectful of Philippine sovereignty regarding its POGO sector. Dominguez noted that Xi’s request for a POGO shutdown was only “a comment,” although Dominguez added that Duterte “took note” of this comment.

The meeting came just one day after the Philippine Ambassador to China told local media that China “can’t dictate” the Philippine government’s approach to its locally licensed online gambling operations.

But Duterte has much weightier bilateral matters on his plate, including Chinese-Philippine cooperation on natural resource extraction in the South China Sea, which would generate far larger revenues for Duterte’s budgets than online gambling.

The POGO sector employs tens of thousands of Chinese nationals in the Philippines providing Mandarin-language customer service to mainland gamblers. China has expressed concern over the safety of these workers, based on Beijing’s view that many of these workers are subject to “modern slavery.”