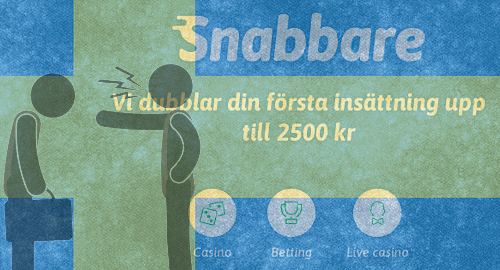 Sweden’s regulated gambling market enjoyed a modest revenue boost in the second quarter of 2019, while four more licensees have been penalized for accepting wagers on underage sports.

On Thursday, Sweden’s Spelinspektionen regulatory body announced that its gambling market generated revenue of SEK6.4b (US$662.2m) in the three months ending June 30, 2% higher than reported in the first quarter of the year. Online gambling revenue was up 2.8% to SEK3.45b (this figure includes the tiny shipboard casino segment).

Sweden’s new regulated market launched in January, and internationally licensed online gambling operators that continue to serve the market without a Swedish license totaled SEK324m in Q2, down 15.4% from SEK383m in Q1, for an H1 total of SEK707m. (Spelinspektionen says it relied on stats from H2 Gambling Capital for this unauthorized operator total.)

However they quantified it, the unauthorized online revenue figure for H1 2018 stood at just under SEK3b, so Spelinspektionen can take a victory lap for having ‘channeled’ over three-quarters of Sweden’s online gamblers to locally regulated sites in just six months.

THE UNDERAGE WHIP COMES DOWN
Meanwhile, Spelinspektionen has imposed warnings and stiff financial penalties on four of its online licensees for offering betting markets on sporting events involving players under 19 years of age. This is the second time the regulator has cracked the whip on this issue, having penalized eight different operators less than two months ago.

The ComeOn subsidiary of Nordic operator Cherry AB accounted for three of the newly fined licensees. ComeOn Sweden was fined SEK6m, while Hajper was dinged SEK4.5m and the Snabbare (Faster) brand notched the biggest penalty at SEK9m. The non-affiliated Malta-based Legolas Invest Ltd was penalized a mere SEK100k.

The bulk of the offenses involved players aged 18 years or under, mostly on European football leagues, while Legolas took bets on a single volleyball match. The larger penalty against Snabbare was based in part on the regulator’s estimates of the site’s expected 2019 sales being higher than the other sites.

All of the penalized operators claim to have adjusted their internal controls to ensure they won’t repeat their failings. None of them appear interested in following the lead of Gaming Innovation Group, which shut its Swedish sportsbook in July after its inclusion in the first batch of underage betting penalties.

Following those initial fines, the organization representing Sweden’s online licensees requested a meeting with Spelinspektionen to “clarify the authority’s interpretation of the regulations.” Spelinspektionen dodged the question, but did invite its licensees to an “information meeting” on September 17.