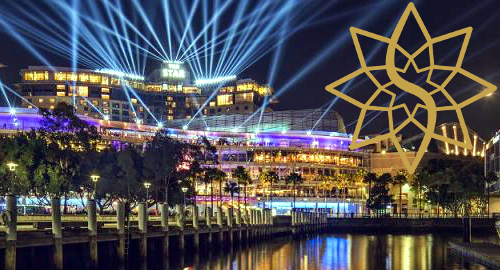 Australian casino operator The Star Entertainment Group saw its annual profit rise by one-third thanks to unlucky VIPs and a strong showing in its domestic gambling market.

The Star’s high-rolling Chinese gamblers – which the company lumps under the banner of ‘International VIP rebate business’ – saw an increase in visitation but lower spend per gambler. VIP turnover was down 30.7% but VIP revenue fell a less severe 17.6% thanks to VIP win rate improving 0.22 points to 1.38%, slightly above the 1.35% ‘normalized’ rate.

The Star’s eponymous property in Sydney reported revenue down 0.5% to AU$1.3b but earnings improved 7.6% to AU$308m, thanks to reduced costs and growth in the higher-margin domestic customer segment. Domestic slots and table revenue rose 9.4% and 8.6%, respectively, helping to offset a nearly 40% decline in VIP turnover.

The Star’s two casinos in Queensland reported combined revenue of AU$850m (+10.5%) while their earnings were up nearly one-quarter to AU$245m. While the domestic performance was solid, the company doubled its number of unique VIP visitors, resulting in a 23.5% rise in turnover and VIP win rate jumped to an impressive 2.06%.

The Star’s CEO Matt Bekier said the company’s domestic traffic started to taper off dramatically in mid-February, with March and April described as “worse” and May “terrible.” But “June improved, July was better than June and August is better than July.”

Bekier said the VIP business had also improved since the end of fiscal 2019, but the Sydney casino plans to shut the VIP room controlled by the Suncity Group junket following the ongoing controversy regarding The Star’s Aussie rival Crown Resorts.

Bekier said his company and Suncity had reached a mutual agreement to ‘discontinue’ the “small fixed room” that Suncity operated at the Sydney venue. It’s unclear what relationship, if any, The Star will have with Suncity following the closure of the Sydney room.

The room closure represents something of an about-face from Bekier’s comments last week, when he answered “why not” to the question of whether The Star would continue to work with Suncity. (The Age reported Friday that Suncity was also closing its lone VIP room at Crown Melbourne.)

The Star’s share price has suffered some collateral damage from the Crown brouhaha, but Bekier said Friday that his company hadn’t “really been caught in the same inquiries.” Bekier added that, to his knowledge, the New South Wales regulatory probe into Crown was “not set up as an industry-wide inquiry.”

As for The Star’s recent setback regarding its Sydney expansion plans, Bekier said the company was “caught up in some dark and murky politics that have thrown us a bit of a wobbly.” Bekier offered no specifics as to the nature of these dark and murky dealings but insisted that the company hadn’t given up on its hotel tower plans.