Veikkaus reducing slots amid calls for end to gambling monopoly 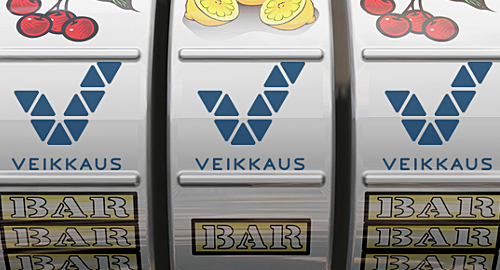 Finland’s state-run Veikkaus gambling monopoly plans to reduce its number of slot machines as it battles to preserve its role as the country’s only authorized gambling provider.

On Monday, Veikkaus CEO Olli Sarekoski told local media that the monopoly will reduce its number of slot machines over the next few years in tandem with legislation requiring the machines to incorporate identification verification technology. As a result of this change, Sarekoski said “gambling will decrease and there won’t be the same need for slot machines.”

Veikkaus has come under criticism in recent years for putting slots into non-gaming venues such as restaurants, gas stations and other retail environments. A Citizens Initiative has garnered over 23k signatures to make slots less ubiquitous but Veikkaus exec VP Velipekka Nummikoski said the decision on where to place slots was “a political issue” that went beyond Veikkaus’ mandate.

Veikkaus came under serious fire last week after a spectacularly ill-advised marketing campaign that urged high-volume gamblers to satisfy their cravings by betting on the ponies. The company pulled the radio ads following a public outcry and called a halt to all marketing while outside consultants study exactly what went wrong.

On Tuesday, Veikkaus announced that it was adding a ‘liability indicator’ to its customer reward system to ensure it wasn’t encouraging problem gambling behavior among its loyal patrons. The company also plans to establish a new Ethics Board to further ensure that it upholds its responsible gambling obligations.

These steps may not be enough to preserve Veikkaus’ monopoly, given that many Finns are pressing the government to create a more open and competitive market that would allow other firms to acquire local gambling licenses.

Last week, local media quoted Prime Minister Antti Rinne saying that the monopoly had had “a number of positive effects … but the world is changing and we have to examine the situation in light of that change.”

Minister of Culture and Science Annika Saarikko pushed back against Rinne’s comments, suggesting that Rinne was overreacting to the controversy and that “major decisions about state-owned companies require that we all keep a cool head and justify the possible changes thoroughly.”

Saarikko advised against transitioning to an open-market regime, noting that neighboring Sweden had experienced “a noticeable increase in advertising” following the launch of its regulated online market in January and that this increased marketing “inevitably has a connection to an increase in the adverse effects of gambling.”