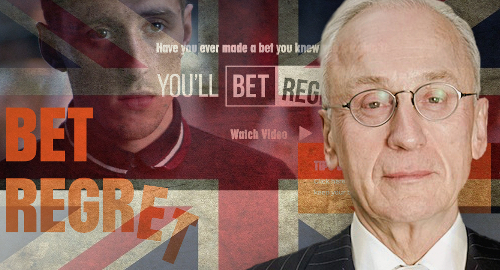 The UK’s leading betting operators have formed a committee to help determine how to allocate their responsible gambling funding, even as the leader of one of those firms catches fire for downplaying the severity of the problem.

In July, these same five operators pledged to boost their responsible gambling funding to a combined £60m per year by 2023 (equal to 1% of these operators’ annual revenue). The operators have invited Tory peer Lord Chadlington – a noted critic of the UK gambling sector – to chair this committee, and Chadlington (pictured) has accepted the invitation.

The committee hopes to be active by September and Chadlington says the body will “consult widely” with all stakeholders, including those with “lived experience” to formulate its recommendations. The goal is to publish those recommendations by the end of the year.

GVC DONATES 42 SPONSORSHIPS TO GAMBLEAWARE
The impact of Friday’s announcement was somewhat undercut by the Daily Mail regurgitating month-old comments by GVC CEO Kenny Alexander, who claimed to be ‘frustrated’ by criticism of his company on problem gambling issues. “I think there are far bigger social issues in the UK than problem gambling.”

Alexander went on to say that, while there was “more than GVC can do” to mitigate problem gambling, the industry had “certainly made great strides in the last two years.” The Mail made sure to remind everyone that GVC just paid a £5.9m penalty for historical social responsibility failures at its Ladbrokes and Coral brands.

Thursday night, Alexander said he was “absolutely determined to personally ensure that GVC leads the way in improving our industry’s approach to problem gambling.” And Friday saw GVC announce it was donating branding rights held by its brands’ 42 English and Scottish football sponsorships to the GambleAware charity.

BETFAIR LAUNCHES DIGITAL PROMOS AS TV AD BAN KICKS IN
The UK gambling sector’s new self-imposed ‘whistle to whistle’ ban on advertising during live sports broadcasts took effect on Thursday. While the ban was welcomed by some of the sector’s critics, others noted that the companies currently spent around 80% of their marketing budgets on online promotion and that these efforts would likely swell following the TV ban.

Sure enough, Flutter’s Betfair betting exchange announced a new digital campaign Friday that features actor Clive Owen in a series of 40 individually scripted videos (sample below). The videos explain exchange wagering through real-life scenarios and analogies similar to the type featured in the film The Big Short.

Betfair brand director Stephen Mault told Marketing Week that the videos, some of which run nearly two-minutes, “allow us to take [customers] on more of a journey, as opposed to relying on 30-second TV ads to do the trick.” Shorter versions of the videos (see the second video below) will also appear on TV.