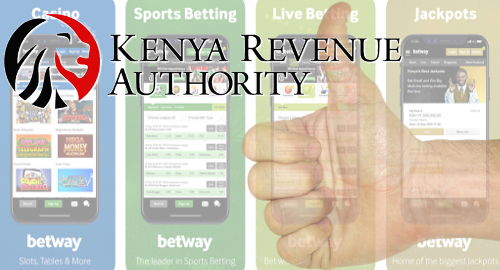 Kenya’s sports betting industry continues to reel from the government’s suspension of dozens of operators’ licenses, although faint signs of progress are appearing.

On Monday, the Star quoted the Kenya Revenue Authority (KRA) saying that 10 betting companies – including Betway and Mozzartbet – whose licenses were suspended by the Betting Control and Licensing Board (BCLB) on July 1 were tax-compliant. Tax compliance is one of the prerequisites the BCLB has stipulated for the affected companies to have their licenses renewed, along with demonstrating fiscal solvency and adherence to all local laws.

The full list of betting operators now in the KRA’s good books are Bet Boss, Betway, Eastleighbet, Eazi Bet, OdiBets, Ken Bookmakers, Kick Off, Lucky 2u, Mozzartbet and Palms Bet. Mozzartbet detailed its frustration over the license suspensions – and the suspension of digital payment processing channels – in a report by GameYetu, saying its Kenyan business “has, and will always, fully comply with legal and tax obligations.”

Kenya’s leading betting operator SportPesa has also insisted it is in full compliance with all its tax and legal obligations but the government continues to insist otherwise. Last week, SportPesa was forced to publicly refute rumors that the company was going out of business. Operator BetPawa told GameYetu that the site was “not taking any new bets, neither are we receiving deposits” but remained “confident of speedy restoration” of its services.

The High Court in Nairobi will hold a hearing this Friday (26) to determine whether the operators’ payment channels should be restored. SportPesa, Betin and some other operators have argued that the payment blocking was illegal, given that the BCLB ordered the telecoms to block the payments despite the companies winning legal stays of their betting license suspensions.

Meanwhile, a growing number of Kenyan legislators are calling for an inquiry into the license suspensions and Interior Secretary Fred Matiangi’i’s role in the kerfuffle. KDRTV quoted Senator Cleophas Malala saying Kenyans “do not want to live in a country that public policies depend on the [Cabinet Secretary] sitting in the office instead of the rule of law.”

Last week, Kenyan MP Paul Ongili went one better, accusing Matiangi’i of selective action against betting firms “for his own personal gain,” claiming that the Secretary’s goal was to “drive Sportpesa and Betin out of business leaving the industry to recent entrants BetLion where he is represented by his associate Lee Nyachae.”