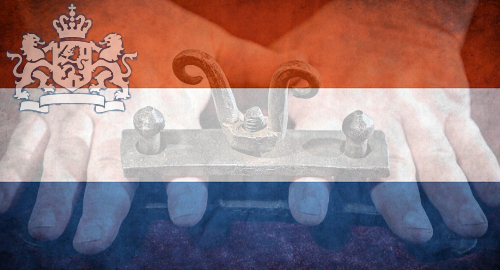 Gambling regulators in the Netherlands are getting tougher with affiliate marketers ahead of the launch of the country’s regulated online market.

On Friday, the Kansspelautoriteit (KSA) regulatory body announced that it had launched a crackdown on affiliate marketers who promote online gambling sites targeting Dutch customers in defiance of the current legal situation.

The KSA said it conducted an investigation that examined 44 affiliate websites, based on its own observation and ‘external reports,’ aka people — presumably Dutch gaming operators who feel their milkshakes are being drunk by internationally licensed online competitors — squealing to the regulator.

The KSA found unauthorized online gambling marketing on 26 of these 44 websites. The KSA said 20 of these sites immediately dropped their Dutch-targeted promos after being contacted by the regulator, while another three sites complied “only after there was a threat of imposing a penalty.”

Another three websites are still under the KSA’s microscope, which means the KSA either hasn’t received a response to its queries or hasn’t figured out a way of submitting those queries.

This is the second such campaign targeting online gambling affiliates, following a 2016-17 effort that convinced 17 affiliate sites to halt their promotion of gambling sites targeting the Dutch market.

The KSA is not alone among gambling regulators getting tough with affiliates deemed to be flouting the rules. Belgium has laws on its books prohibiting its online gambling licensees from promoting their wares anywhere except on the gambling site itself or via direct email pitches to existing customers.

New Jersey’s regulatory body has warned affiliates that anyone caught promoting a site not holding a local license could face prosecution. In the U.K., some licensees have put their affiliate partners on notice that a single failure to toe the regulatory line could result in the termination of their contracts.

The Dutch government approved its Remote Gambling Bill this spring but the KSA won’t begin accepting new online license applications until July 1, 2020 and the regulated online market isn’t expected to officially launch until January 1, 2021. The KSA recently announced specifics on how an online gambling operator’s previous behavior will affect its eligibility for a new Dutch online license.