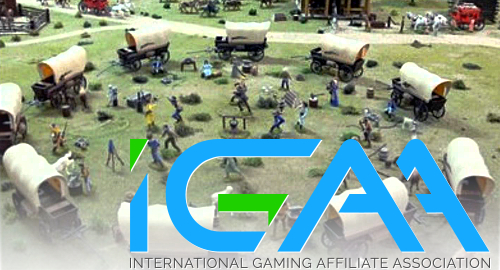 Online gambling affiliates are banding together after finding themselves under a combined assault by their gambling operator partners, regulators and the media.

This week, UK-listed gambling operator Paddy Power Betfair issued a note to its affiliate partners, reminding them of the company’s stance on affiliate activity and marketing compliance, while warning of a “1 strike policy” for affiliates who fail to toe the line.

Among PPB’s affiliate rules is “no advertorial style marketing,” in other words, none of the phenomenally hair-brained copy that prompted this week’s warning from the UK’s Advertising Standards Authority (ASA) that gambling operators would be held responsible for their affiliates’ “socially irresponsible” content.

While PPB was not one of the four operators publicly shamed by the ASA this week, at least two of those cited in the disciplinary rulings – Ladbrokes and 888 Holdings – subsequently announced that they would be keeping their affiliate partners on a shorter leash.

A far more dramatic step was taken by Sky Betting & Gaming, which completely shut down its Affiliate Hub portal last week, based on the company’s claim that “managing the output of affiliates presents a significant risk to our business from a regulatory perspective.”

Case in point: the UK Gambling Commission and the Competition and Markets Authority are currently probing five operators for failings involving “transparency and fairness of gaming sign-up promotions for new customers and practices around free bet offers.”

Throw in the relentlessly negative media campaign being propagated by the Guardian and other UK media outlets and the future of affiliates has rarely appeared grimmer. This week’s Betting on Sports 2017 conference in London featured plenty of affiliate discussion, including whether UK affiliates should require licenses, similar to the regime in New Jersey’s regulated online gambling market.

The furor has accelerated preparation for the launch of the International Gaming Affiliate Association (IGAA), a new trade group led by TAG Media’s Tom Galanis, whose aim is to establish “a Code of Practice and structure by which the iGaming affiliate industry can effectively present itself as a self-regulated marketing channel to existing and prospective regulators around the world.”

In an op-ed published in the August issue of Gambling Insider’s monthly magazine Trafficology, Galanis painted the IGAA as “a non-profit organization set up using a similar structure to the UK’s Senet Group,” which formed a couple years ago amid the rising tide of negative media coverage of fixed-odds betting terminals.

Galanis’ op-ed stressed consolidation and regulation as “the most significant threats to the affiliate industry,” but the latter threat appears a far more pressing concern, at least, at present.