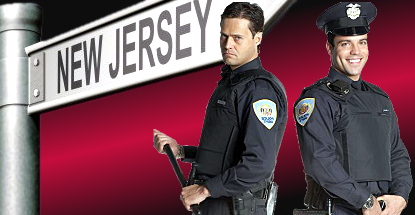 New Jersey has clarified its stance toward online gambling affiliates, taking a good-cop/bad-cop approach to ensure affiliates are promoting only state-authorized sites.

In May 2014, the New Jersey attorney general’s office issued a warning to affiliates who continued to promote both New Jersey-licensed online gambling sites and internationally licensed sites, saying such affiliates were leaving themselves open to “appropriate civil or criminal sanctions” unless they ceased promoting international sites.

Last week, the state Division of Gaming Enforcement (DGE) issued a Director’s Advisory Bulletin (DAB) clarifying its stance toward affiliates who continued to promote international sites after (a) New Jersey launched its regulated online gambling market in November 2013 and (b) the 2006 passage of the federal Unlawful Internet Gambling Enforcement Act (UIGEA).

The DGE says any affiliate looking to either acquire or maintain a New Jersey license will have to cease all promotion and marketing of international sites taking wagers from US residents within 150 days of the June 4 DAB. Affiliates who are currently engaged in this activity are required to provide the DGE with a notarized certification attesting to their cessation of prohibited activities.

The DGE said state-licensed affiliates that continue to promote international sites risk having their New Jersey licenses revoked, even if these affiliates “promote or market illegal online gaming sites to other players in other states.” The DGE warned that although the latter activity was beyond its enforcement scope, such conduct would “reflect negatively on [affiliates] suitability for licensure and registration.”

The DGE warned that a finding of negative suitability would apply to all affiliate owners and execs, “regardless of any changes in corporate ownership and structure.” The DGE also intends to share its list of affiliate ‘bad actors’ with gaming regulators in other states, suggesting that a New Jersey scarlet letter would scuttle any affiliate’s ability to participate in future US regulated markets.

As for the post-UIGEA promotion of international sites, the DGE believes affiliates “did not actually consummate the gaming transaction or process the payment” between US gamblers and international sites. As such, the DGE believes “there was clearly some legitimate uncertainty as to whether the actions of an affiliate promoting or marketing to an illegal gambling site was, in and of itself, an illegal act.”

Therefore, the DGE says it “will not direct its investigative resources nor take enforcement action” against affiliates who promoted international sites post-UIGEA, provided these affiliates “come into full compliance with New Jersey law and the laws of other states” within the aforementioned 150-day deadline.

DGE deputy director George Rover told the Associated Press that “literally thousands” of affiliates continue to promote international sites to New Jersey residents and warned that a failure to rectify the situation within the DGE’s 150-day window meant “any effort to become licensed in New Jersey will be forever gone.”

Rover also felt the need to explain that the DGE’s relaxed stance on the UIGEA issue had “absolutely nothing” to do with PokerStars’ New Jersey license application, which has been languishing in regulatory limbo ever since the company was purchased last year by Canada’s Amaya Gaming.