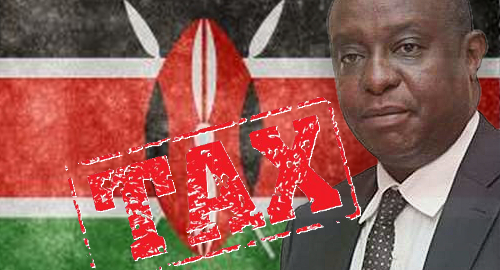 Kenya’s sports betting operators are reeling after the government proposed a new 10% tax on their customers’ wagering stakes.

On Thursday, Kenya’s Treasury Secretary Henry Rotich unveiled the government’s 2019-20 financial budget, which included a plan to impose a new excise duty equal to 10% of all betting stakes. Rotich said the tax was intended to “curtail the negative effect arising from betting activities,” which he claimed had “become quite spread.”

The new betting duty is part of the government’s broader push to tax ‘sinful’ activities. Betting got off comparatively easy, as Rotich (pictured) announced new 15% excise duties on alcohol and tobacco products.

As the video below details, the 10% betting tax proposal was immediately met with groans by other members of the legislature, who wanted to know why betting was getting off comparatively lightly compared to other ‘sins.’ Capital FM quoted Ndihwa MP Martin Peter saying a 10% tax would not “cure the menace” of betting.

Kenya’s gambling industry has come under sustained attack in recent years, including last month’s introduction of a new Gaming Bill that will significantly hike license fees and allow local entities to take up to a 30% stake in Kenyan-licensed operators, (apparently) whether or not these operators wish to take on new partners. The government recently began deporting foreigners it claims were illegally working in the local gambling sector.

The Kenya Revenue Authority is also seeking hundreds of millions in what it claims are back taxes owed by several locally licensed gambling operators, including SportPesa and Betin. Those two companies recently mounted separate legal challenges of this tax grab, while the government has warned that any operator with outstanding tax liabilities could see its license revoked as of July 1.

Kenya’s courts have occasionally pushed back against the government’s anti-gambling campaign, including a recent ruling that declared the government’s plan to dramatically restrict gambling advertising was unconstitutional. A 20% tax on bettors’ winnings is also on hold until a court case involving a disgruntled winning SportPesa bettor is resolved.