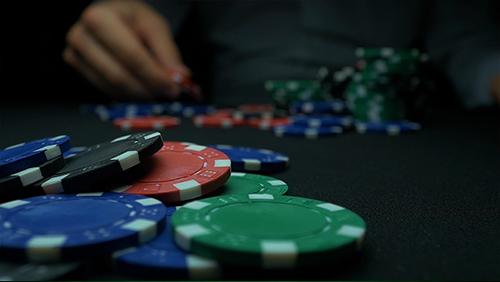 More details emerge in the Phil Ivey Borgata baccarat brouhaha, Benny Binion may be getting a TV series, and the poker community honour Motörhead’s ‘The Ace of Spades.’

As Phil Ivey checks into his bank account to see how many Masterclass subscriptions are coming his way, more news has emerged from his legal battle with The Borgata in Atlantic City.

The source is John Brennan over at USBets, who has been paying acute attention as lawyers working for the Borgata try to convince The U.S. Third Circuit District Court to uphold its decision ordering Ivey to pay the casino $10m.

That’s the approximate sum that Ivey, and his baccarat tag team partner, Cheung Yin Sun, won from the Borgata during four visits circa 2012, and the pine needle fresh information centres on Sun.

Brennan has discovered that Ivey and Sun had agreed upon a 50/50 split of earnings during their tropical paradise of a run at the Borgata in 2012. Brennan also learned that Sun had also won a million bucks edge sorting in Foxwoods Casino (not with Ivey).

Interestingly, Foxwoods Casino was the property of MGM, the same group that owns the Borgata, and it’s emerged that Sun had a grudge against MGM after an unpaid $98,000 gambling debt resulted in her spending three-weeks in jail.

Sun, who is in her forties, is the child of a wealthy Hong Kong factory owner and is said to have lost $20m of her deceased father’s wealth gambling. Speaking to the New York Times scribe Michael Kaplan in a 2016 article on advantage casino players, Sun said:

“I was in jail for three weeks,” she told Kaplan. “Women attacked me, and the guards wouldn’t let me wear my own underwear. I lost 25 pounds in jail and didn’t get out until a relative flew here with $100,000 for the casino. I decided that one day, I would get back the money by playing at MGM properties.”

The Borgata is continuing to push home their interpretation of the Casino Control Act, stating that it’s not the marking of the cards that violate the Act, but the way someone manipulates those markings, as Sun and Ivey did to earn their multi-million dollar windfall.

If there was ever a movie in the making, this is it.

Talking about gambling movies, did you know that Benny Binion’s legend nearly became one?

In 2015, Doug J. Swanson’s book ‘Blood Aces: The Wild Ride of Benny Binion’ was due to be made into a movie by ‘Relativity’ until the company went into administration.

The movie may be dead, but ‘Argo’ producer, Tim Headington’s company, Ley Line, has optioned the rights to a biography of the killer who went on to found the World Series of Poker (WSOP).

Headington said that had always been ‘fascinated’ by Binion’s story, and believes he’s the man to bring ‘one of the great untold stories in American criminal justice’, to the small screen.

Friendly Films will help Headington bring Swanson’s ‘Blood Aces’ to life, with David T. Friendly stating, “Benny Binion was a one of a kind American character that does not come along often.”

As a kid, I will always remember watching the ‘The Young Ones’ episode where Motörhead drove into a screaming rendition of ‘The Ace of Spades.’

I’m not alone in my thinking after 1,000 members of PokerStars’ community voted the song as the perfect poker-themed anthem. British thrasher Ian Fraser “Lemmy” Kilmister penned the tune that beat Lady Gaga’s Poker Face, Salt N Pepper’s Push It, and Kenny Rogers’ The Gambler to the punch.