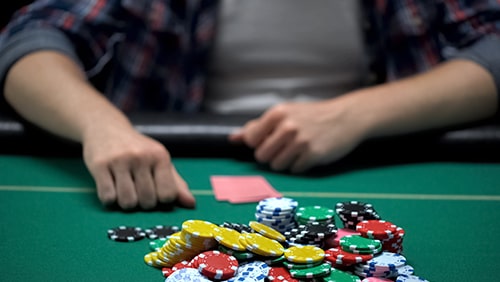 It’s been a funny old year in poker, and with many live tournaments forced to either be abandoned on convert to online festivals instead, live poker has taken the biggest hit in years.

While many poker brands are actually stronger financially – live poker festivals are often ‘loss leaders’ designed to attract players to playing online – poker misses live action. It’s great for selling the game, but it also keep poker fans involved in it and part of the fabric of the game rather than just players.

Wondering which players are the highest earners in live poker tournaments this year? The winner is some way clear of the competition… but can you remember him?

While many of GPI #1 ranked player Foxen’s cashes are from WSOP Online Series results, noe of them are for more than a four-figure cash, so the bulk of his winnings in live events were truly at the live felt. From winning $762,334 by finishing runner-up in the AU$100k Challenge in Melbourne to winning the $25,000-entry PokerGO High Roller event in Las Vegas back in March for $249,950, it’s been another phenomenal year for one of poker’s modern greats.

The man who sits in 11th place on the all-time money list has only four cashes to his name in live events in 2020, with all four coming in the space of a single week in Sochi, but what a week it was.

From his Super High Roller event win for $856,050 to his runner-up result in the $51,000-entry just two days earlier and 5th-place finish in the $100,000-entry event on the 14th March, Ivey’s three biggest wins have come in Short Deck events. He did cash for 7th place in a No Limit event too, though, proving he still loves the two-card game.

Little is known about VanBlarcum the live player before 2017, with just one live cash, way back in 2008 in the Scotty Nguyen charity challenge. In the last few years, however, the third American of four on the list has truly risen to become a much-feared player.

Cashing for over a million U.S. dollars over in Australia during the 2020 Aussie Millions, VanBlarcum followed that up with four cashes in Sochi during the partypoker LIVE festival, bringing in another half a million with results in Short Deck and No Limit.

The vast majority of Addamo’s winnings this year came in the Australian’s home country campaign, with four cashes and over $1.7 million in results coming courtesy of a seemingly unstoppable Aussie Millions crusade.

The highest-placed German player on this year’s live list so far is the softly-spoken Christoph Vogelsang, whose $2.4 million in winnings all came in the Super High Roller Bowl in Sochi, where he came second to another player on our list.

Vogelsang’s recent results, including 2019, make for hugely impressive reading, but it’s his play that captures the eye, with a sixth sense for when he is behind and an uncanny ability to make profit in pots where he has the best hand, the German is sure to remain a huge threat to the annual lists for many years to come.

Poker Central owner Katz has also enjoyed a great year playing high roller events, with just a few thousand more in the bank account pushing him past his German adversary. Katz’s biggest win of 2020 came in the Short Deck Hold’em event in Sochi, where he finished as runner-up to Timofey Kuznetsov, to the tune of $780,000.

With eight cashes in high roller events in 2020, Katz has really proved his chops in the big ticket events, and will be a player to be reckoned with once live poker is back in 2021.

All of Phua’s results this year came in the form of five cashes in Sochi over the course of eight days. With two 8th-place results and a runner-up finish, Phua would have finished well short of the top ten with those results, but back-to-back victories in events he played at the end of that tournament festival earned him over $2.1 million, with both titles in no limit events which cost $100,000 and $50,000 to play.

One of the most impressive players this year has been the Belarussian who is rising up the ranks at a fair lick of pace, currently sitting in 13th place on the all-time money list at just 28 years old.

Badziakowski’s single best result was in the Super High Roller Bowl in Sochi, as his 3rd-place finish earned him $1.6 million. With an outright win in the $51,000-entry event out in Sochi too, for $765,000, along with two deep runs in World Series High Roller events, Madziakowski could well be the man to stop in 2021 if live poker returns at anywhere near full capacity. Either way, the man with youth on his side will take some stopping if his assault on the all-time money list top ten continues at this pace.

Edging out Badziakowski is Australian best export since Castlemaine XXXX (who remembers that?), Fosters and Tim Tams rolled into one. Kahle Burns has been nothing short of a phenomenon since his emergence as a serious high stakes player in 2016 or so.

This year, Burns has earned enough to put him into the top 100 on the all-time money list (he currently sits in 82nd place), with six-figure scores at the partypoker LIVE MILLIONS U.K. and in Sochi. His biggest win of the year came when he won the Australian Super High Roller Bowl in Melbourne, which resulted in a massive $1.1 million payday.

Despite Kahle Burns’ phenomenal 2020, he currently has less than half the winnings of Timothy Adams, the current year’s leader. Adams has won not one but two Super High Roller Bowl victories, in both Australia and Sochi. With back-to-back victories in two highly prestigious events, Adams will be a force to be reckoned with when he takes to the high roller felt in 2021.