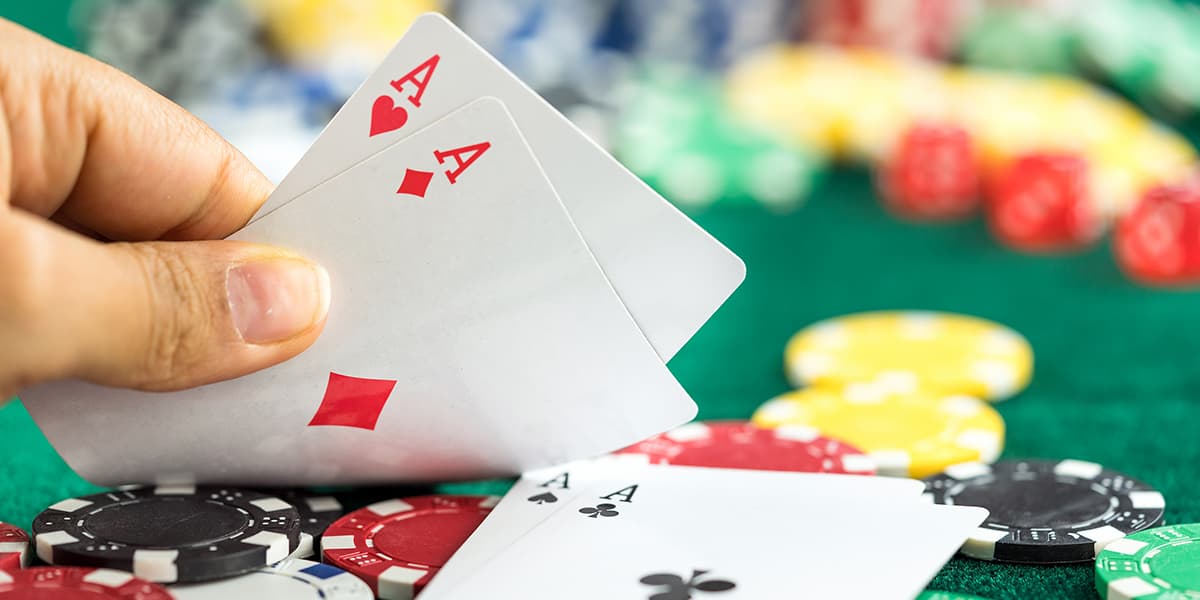 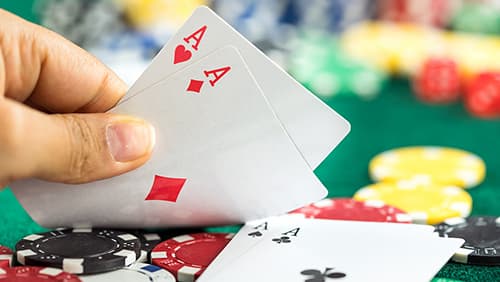 It’s called the World Series of Poker, but for a long time, the game of poker’s biggest celebration was almost entirely an all-American affair. America has a deeply layered history with poker and card games in general.

This fact – along with the fact that we’ve been eating Reese’s Pieces since way before Thanksgiving and Hallowe’en – has left us longing for some inspirational words about poker from the United States.

A nice easy starter for you. Yes, it’s Phil ‘the Poker Brat’ Hellmuth, of course, refusing to acknowledge the possibility that he isn’t the unbeatable best player in the world. To be fair to him, these words came before he won his 15th WSOP bracelet in thrilling fashion, so who are we to argue? He can dodge bullets, baby.

Legendary poker impresario Benny Binion is one of the men responsible for the formation and hosting of the World Series of Poker across America and he always told it like it was. A fascinating character, as seen in this interview, Binion is a controversial figure in poker’s history in many ways, but a key one nonetheless.

Amarillo ‘Slim’ Preston once said of Binion that he was “either the gentlest bad guy or the baddest good guy you’d ever seen.” But then Slim himself was hardly whiter than white. The story of Amarillo Slim is one that would take years to tell all by itself, but this feature does a good job of rounding up the prevalent points of his career. Slim’s way of telling future generations not to ‘tap the tank’ was a novel one, though, and still stands as true enough today.

Dutch Boyd is an interesting character, whether in the form of perhaps his most famous quote or in looking back at his 2006 WSOP bracelet win with Remko Rinkema on PokerGO. Boyd makes the ultimate comparison, with poker players well-known for overestimating what is in their hand, like certain people in all walks of life.

Oh, this is so true for some that it hurts. If you know who said this one, you’re currently leading the way, as those words come from sportswriter extraordinaire Grantland Rice. Rice sought to build up his sports heroes rather than focus on criticism, in some ways a revolutionary way of covering sports in the early part of the 20th century. Rice would push the respect for sports forward in his illustrious career, as observed in its formative years  right here, but perhaps had a little too much knowledge on poker, calling the mentality of some right out of the park like a Babe Ruth home run.

Rice once wrote of sport in his column: ‘Money to the left of them and money to the right. Money everywhere they turn, from morning to the night.’ He might as well have been talking about the final table of the World Series of Poker right there.

Crandell Addington was a very important player to poker, although he retired from the game a long time ago. Addington talked up the beauty of the game at all times, even when he turned from poker to business, as you can see here on a break from a fairly serious subject matter, where he broke off to talk about the Texas Road Gang and the origins of poker itself. Clearly passionate about poker to a fault, it’s a shame he didn’t stick around in the game on a full-time basis a bit longer.

Tom McEvoy is one of our favourite WSOP Main Event winners, if only because he has saved lives at the World Series. How, you ask? We’ll tell you – he campaigned for a smoking-free WSOP and to this day, his passionate anti-smoking stance has prevented hundreds of thousands of cigarettes from being smoked at the felt. Thanks to cumulative data, we estimate he’s saved lives over the course of his many years attending the World Series. Here’s to Tom experiencing that pure terror at the Rio in 2021.

Want to listen to the great man himself in an extended interview while you play? We bet you do.