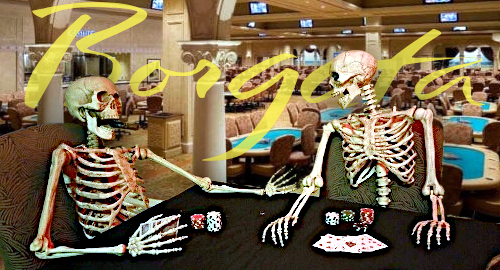 Atlantic City casino gaming tables felt a revenue chill in September, just as the market prepares to welcome the return of its long-shuttered live poker rooms.

However, combined with the over $100m generated in September by the state’s online casinos and AC’s sports betting partners, total gaming win was up 3% to nearly $291.7m. All things considered, things could be much, much worse.

The Borgata maintained its traditional spot on top of the slots/tables chart in September with $39.7m, although this was down 31% year-on-year. Runner-up Hard Rock Atlantic City fared far better, falling only 3.4% to $28.6m, while third-place went to the surprisingly resilient Ocean Casino Resort, which posted the month’s only annual improvement, rising an impressive 26.8% to $26.2m.

The Hard Rock will face an uphill climb when October’s numbers are tabulated, as the property awarded a $1.3m prize to a local plumber identified only as ‘James’ last Sunday night. James’ $5 progressive bet on Ultimate Texas Hold’em netted the Royal Flush Mega Jackpot, which he plans to use taking his wife on a vacation, presumably some magical place that hasn’t yet heard of COVID-19.

Speaking of, the Borgata announced Thursday that it will reopen its live poker room on Wednesday, October 21. Live poker was one of the amenities that AC casinos opted to forego when the DGE cleared them to reopen in July after their lengthy pandemic shutdown.

The Borgata is proceeding cautiously, with plans to open only 30 tables, less than half its normal capacity, and (masked) players will find themselves separated by plexiglass barriers. For the time being, only cash games will be offered, but tournaments may follow later depending on the state’s COVID-19 infection rates.