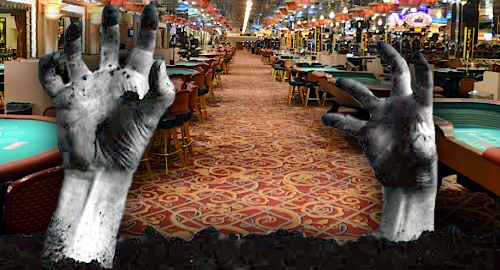 Atlantic City casinos are slowly crawling back to life after their long pandemic lockdown, although one operator could lose some of its momentum following a recent court ruling.

AC casinos were cleared to reopen on July 2 after nearly four months of inactivity due to COVID-19. But they’ve been limited to 25% capacity and, while the state’s governor announced last month that guests could once again smoke on the gaming floors, he rescinded that order just days later, leaving smokers fuming over this défense de fumer edict.

OCR has enjoyed significant growth since its takeover by a New York hedge fund and its subsequent rebranding from Ocean Resort Casino. But a federal court issued an injunction last week preventing two OCR employees from luring high-rolling customers away from the Borgata.

In addition, MGM claims that Callahan has in his possession an MGM-issued phone containing contact information for some of the Borg’s VIP gamblers, who collectively generated $25m in annual revenue for the casino. MGM showed the court phone records that indicated Callahan had contacted some of these VIPs since joining OCR.

US District Judge Gloria Navarro issued the order after concluding that there was merit in MGM’s claims. Navarro ordered Callahan to return the phone, told both execs not to contact any more Borg VIPs and ordered the pair to submit to depositions. A September 23 hearing has been set at which Navarro will consider whether to make the injunction permanent.