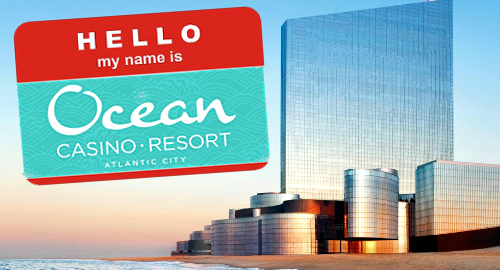 The New Jersey Division of Gaming Enforcement says total brick-and-mortar gaming win (i.e. slot machines and table games) came in around $223.2m in the month of March, a 15.7% improvement over March 2018, which was negatively impacted by multiple winter storms. The result was also a damn sight better than February 2019’s $196.7m.

The overall gain came as a result of contributions from the market’s new entrants, with the Hard Rock AC reporting a respectable $24.6m, while the Ocean Resort Casino came in slightly below $15.2m, a modest gain from February’s $13.8m.

The Ocean Resort Casino family got some bad news earlier this week after its former owner, Colorado developer Bruce Deifik, was killed in a car crash. In January, Deifik reached a deal to sell the financially struggling property to the Luxor Capital Group.

The new owners announced this week that the property shall henceforth be known as Ocean Casino Resort, a modest switch that reflects a “shift in focus,” i.e. “we are a casino first.” While the property’s previous two owners viewed the venue as a resort, the new owners claim it’s actually “a great casino property with beautiful resort amenities.”

It remains to be seen how long this new name – and the down-market focus – will last. The perpetually troubled property launched in 2012 as Revel, spent a millisecond of its dormant second bankruptcy period under the moniker Ten, then reopened to the public last June as Ocean Resort Casino. It’s anyone’s guess as to whether this new identity will prove any less cursed than the others.