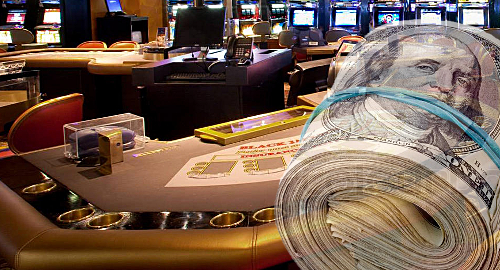 February’s numbers look even gaudier when you include the nearly $3.9m the casinos earned from their sports betting operations and the $31.75m earned by their online casino and poker operations. All told, the casinos’ overall gaming revenue was up 21% to $232.3m.

Bally’s slide proved a net positive for the struggling Ocean Resort Casino, which finally shed its cellar-dweller status with a $13.76m result. AC’s other new casino, Hard Rock Atlantic City, had a solid month with $21.1m, a welcome rebound from January’s $15.6m, which represented a record low for the eight-month-old property.

With March Madness just around the corner, AC’s casinos (at least, those with in-house sportsbooks) are hoping to get a boost from the increased foot traffic when March’s revenue numbers are tallied. Speaking of, bookmaker William Hill just opened a new permanent sportsbook at the Tropicana, featuring eight betting windows, a 250-square-foot odds board, an array of LED screens and enough seats to accommodate up to 180 bettors’ butts.