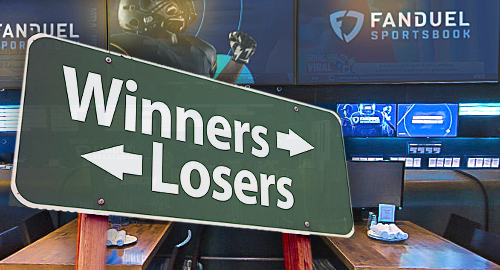 New Jersey’s sports betting market took a dip in February, despite excitement over the Super Bowl and the Academy Awards.

It should be noted that February had three less days than January in which to wager, and the NBA was out of action for a week for its annual all-star break. But February got a boost from the Super Bowl, which generated $35m in handle, although the books lost a combined $4.6m on the event. February also saw nearly $748k wagered on the Academy Awards, from which betting operators claimed over $182k in revenue, a healthy 24.4% hold.

Online and mobile betting continued their dominance over retail wagering in February. Online handle came in at nearly $258.9m, just under 81% of the month’s overall betting, roughly the same percentage as January’s result.

The FanDuel-powered betting operations at the Meadowlands racetrack claimed the lion’s share ($8.08m) of February’s betting revenue, up more than $1m from January’s result. The DraftKings-dominated betting operations of Resorts Digital Gaming had a far less enjoyable February, reporting revenue of $3.7m, barely half its January total.

Third-place went to the William Hill-powered Monmouth Park racetrack with $774k while Ocean Resort Casino ranked fourth with $746k. No other operator generated revenue over $200k, and three operators reported a net loss for the month, including a $756k shortfall at the Borgata and a $125k loss at the Golden Nugget.

The Meadowlands’ good February fortune was reflected at both retail ($1.5m) and online ($6.58m) operations. This bucked the market’s prevailing trend in February, in which retail bettors proved far better at picking winners than their online counterparts.

Monmouth Park reported online revenue of $1.27m while its retail sportsbook lost over $500k. Similarly, the Borgata’s retail operations were responsible for the bulk ($716k) of its red ink, the Nugget’s retail book’s $159k loss erased its modest online revenue of $34k and Ocean Resort lost over $280k on land while generating over $1m online.