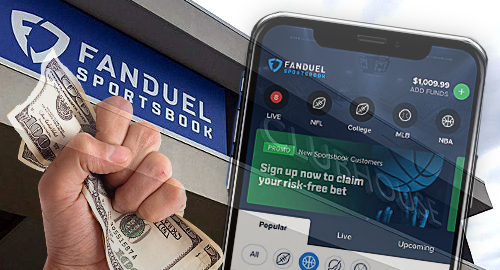 Figures released Wednesday by the New Jersey Division of Gaming Enforcement (DGE) show the state’s licensed bookmakers handled wagers worth $385.3m, up more than one-fifth from December’s total and a new market record. The numbers reflect early interest in the 2019 Super Bowl, which reported nearly $35m in betting handle, albeit some of those wagers would have been placed in February.

January’s online betting handle came in just under $305m, representing nearly 80% of overall betting turnover and a 25% rise from December’s online handle. By contrast, retail wagering was up a modest $2.2m from December to $80.3m.

January’s betting revenue – which under the DGE’s definition includes pending wagers – hit just under $18.8m, about $2m below December’s result. Actual wagering revenue from ‘completed events’ came in just under $15.5m, half of which was won via football.

The Meadowlands racetrack and its FanDuel partner retained the overall betting revenue crown in January with $7m, narrowly edging out Resorts Digital Gaming and its DraftKings partner with $6.9m. (Resorts’ land-based sportsbook added nearly $243k more, so they technically should be number one if you want to quibble.)

The Monmouth Park racetrack ranked third with $2m, while the Ocean Resort Casino topped all Atlantic City gaming venues with $1.27m. None of the other AC casino sportsbooks managed a seven-figure betting sum in January, although the Borgata got closest with $677k.

Resorts just welcomed a new online sports betting partner via this month’s launch of Churchill Downs Inc’s BetAmerica online sportsbook and casino. The Meadowlands recently announced a new partnership with Nevada sportsbook operator CG Technology, although the latter company’s launch is dependent on securing DGE approval (which may not be a slam dunk given CGT’s colorful history).