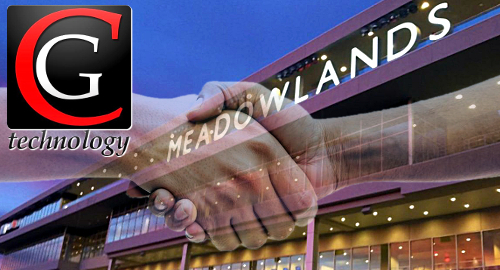 On Thursday, CGT announced that its new subsidiary CG Technology NJ LLC had reached a deal with New Meadowlands Racetrack LLC to launch a new online and mobile sports betting product at some point this year, preferably before the start of the new National Football League season.

CGT CEO Parikshat Khanna said the company was looking forward to bringing its “decade-plus of experience” to New Jersey. Khanna claimed the company, which operates eight sportsbooks at seven Nevada resorts plus a mobile betting app, had “always envisioned national expansion that would give American consumers more product options.”

The Meadowlands already has a betting technology deal with Paddy Power Betfair’s FanDuel brand, as well as a separate deal that allows Aussie betting operator PointsBet to piggyback on the track’s betting license.

The CGT deal is subject to the approval of the New Jersey Division of Gaming Enforcement (DGE), which isn’t an ironclad guarantee. The DGE will likely have its hands full poring over the litany of regulatory sanctions imposed on CGT and its previous identities in recent years.

Going in reverse order, CGT reached a $2m settlement last November to atone for allowing out-of-state bettors to wager on its Nevada app. In 2016, the company paid a $1.5m penalty for underpaying some Nevada bettors. In 2014, CGT paid $5.5m for failing to notice that one of its VPs was running an illegal messenger betting operation, a scandal that saw federal authorities penalize the company $22.5m.

When the most recent scandal broke, Nevada gaming regulators mulled revoking CGT’s license to operate in the state. When the $2m settlement was eventually agreed upon, Nevada Gaming Commissioner Deborah Fuetsch warned CGT execs that she didn’t want to see them come back another time with hats-in-hand.

The bets in question were the on the same games that resulted in civil penalties on two other Atlantic City casino sportsbooks – Caesars Entertainment and the Golden Nugget – that the DGE announced last December.