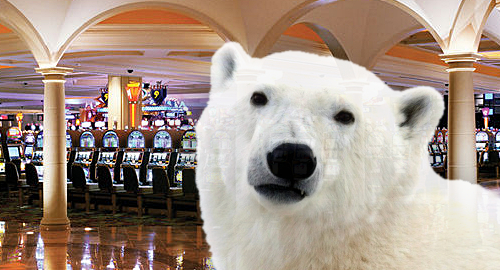 That said, it bears mentioning that the previous January suffered from a blizzard that dumped a foot of snow on the seaside gambling hub, which artificially depressed that month’s numbers (while also depressing the hell out of local residents). And January 2019’s total was nearly $32m below December 2018’s holiday-aided haul.

At any rate, January’s gains were entirely due to its slot machines, which reported revenue up 15.1% to $126.1m, while the table game total was down 3.1% to $51.2m. Add in the record $33.6m generated in January by the casinos’ online gambling partners plus the $18.8m from sports betting and the month’s total gaming revenue figure was up nearly one-quarter to $229.6m.

The declines continue to burnish the narrative that AC’s two newest venues – Hard Rock Atlantic City and Ocean Resort Casino – are failing to grow the overall market. The Hard Rock reported revenue of $15.6m in January, a more than one-third decline from December $23.6m and a new record low for the young property, while Ocean Resort Casino managed a modest gain, rising roughly $750k to $12.65m.

Ocean Resort recently revealed the extent of its decline since its late-June 2018 launch, having reportedly booked a net loss of $22.7m in just five months. The figures were revealed in a regulatory hearing at which Ocean Resort’s sale to New York hedge fund Luxor Capital Group received preliminary approval. Still yet to be revealed is how Luxor plans to make a go of the property where so many others have failed.