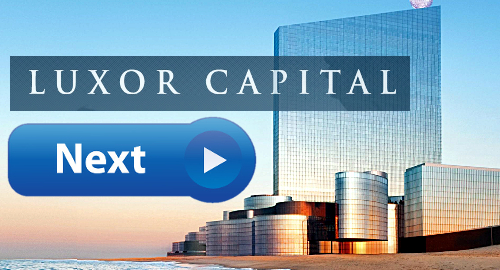 Earlier this month, ORC’s majority owner AC Ocean Walk LLC announced that it had sold its stake to an unidentified buyer. On Monday, that buyer was identified as Luxor Capital Group LP, a New York-based private equity firm.

Luxor was one of two principal lenders who bankrolled AC Ocean Walk owner Bruce Deifik’s January 2018 purchase of ORC (then known as Revel) for $229m. Deifik acquired the property from developer Glenn Straub, who paid just $82m for Revel at a bankruptcy auction in 2015.

Deifik, who said earlier this month that his family would retain a small stake in ORC, has apparently had a change of heart and rid himself of any further ties to the property.

As promised at the time of ORC’s sale announcement, Luxor plans to inject an additional $70m into gussying up ORC with a new buffet, more suites and rooms, some tinkering with the gaming floor options and a “substantial increase” in the property’s entertainment programming.

ORC’s official statement on the sale claimed the deal would be finalized in February, but Luxor will need to undergo suitably vetting by the New Jersey Casino Control Commission, which will take an additional three or four months. Straub famously balked at having to submit to the indignity of having his financial history pored over by some regulatory plebs, leading to his decision to sell to Deifik.

For everyone’s sake, let’s hope Luxor’s involvement proves more positive than the last time some Wall Street firm got involved in the project. In April 2010, two years before the $2.4b Revel opened to the public, Morgan Stanley washed its hands of its $932m investment in the property rather than throw more good money after bad.

Revel definitely had a rough ride, declaring bankruptcy within a year of its opening and a second bankruptcy followed just one year after that. The property sat mothballed until last summer, when it reopened under its new ORC signage.