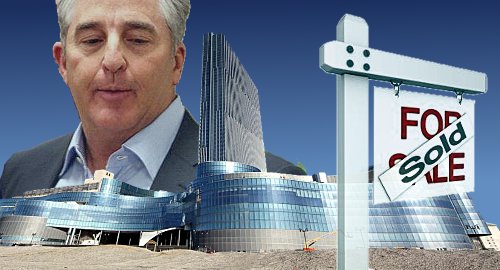 Atlantic City’s white elephant Revel Casino Hotel is back in black after its owner (finally) admitted he sold the property to a Colorado developer.

Deifik’s group issued a statement saying the plan is to reopen Revel this summer under its new ‘does what it says on the tin’ moniker Ocean Resort Casino. Renovation of the shuttered property, which has lain dormant since September 2014 after declaring bankruptcy (for the second time), will get underway immediately. Deifik’s group reportedly plans to spend $175m ridding Revel of mothballs and making other improvements.

The $2.4b Revel opened to great fanfare in April 2012 but struggled from the start to find its audience. Deifik (pictured) said “operationally [Revel] just did not cater to the customer base for this destination” but his group had made it their “mission and vision to fully serve the customer base of Atlantic City” and “will make certain there is something for everyone at the Ocean.”

Deifik’s plans include a new “state of the art sports book,” assuming the US Supreme Court okays the state’s plans to permit wagering at AC casinos and state racetracks. Deifik’s statement made no mention of participating in the state’s regulated online gambling market.

Straub, whose emphatically denied of all previous reports of Deifik purchasing Revel, belatedly confirmed the deal in typically touchy form. Straub told the Associated Press that he sold out because he couldn’t take the regulatory requirements of New Jersey’s ‘anti-business climate.’

Straub snapped up Revel at auction for just $82m in 2015, but his plan to reopen the property as a casino ran into difficulty when he refused to submit to the standard vetting process for all casino license hopefuls.

In addition to Revel’s closure, recent years saw Atlantic City lose four other casinos in rapid succession. The seven surviving gaming venues have since enjoyed a profit resurgence, and concerns are high that the addition of two more casino mouths to feed – including the former Trump Taj Mahal, which is also set to reopen this summer as Hard Rock Atlantic City – could prove the anchor that drags AC casinos back underwater.