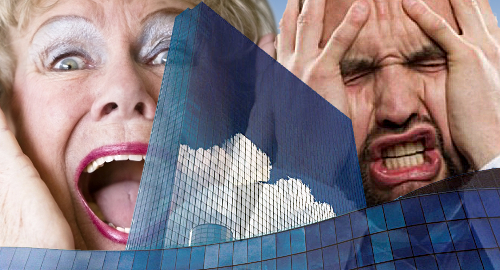 Atlantic City’s shuttered Revel casino is once again the subject of sale reports, and once again the property’s owner is denying any knowledge of a deal.

Last month, reports circulated that Ten RE ACNJ LLC, an entity linked to Colorado-based developer Bruce Deifik, had filed ‘agreement of sale’ paperwork regarding Revel with the Atlantic County clerk’s office. But Revel’s owner, Florida developer Glenn Straub, rubbished these reports, claiming to have never talked to anyone related to the filing.

On Tuesday, multiple media outlets reported that another Deifik-linked company, AC Ocean Walk LLC, which is managed by Ten RE ACNJ LLC, had filed a “notice of settlement contract of sale” with the Atlantic County clerk’s office regarding Revel. However, the notice failed to specify a selling price and, more importantly, was unsigned.

Once again, Straub is claiming this is all much ado about nothing. Straub told the Philadelphia Inquirer that he “never signed anything.” The always eloquent Straub said “screwballs come out of the woodwork” and that “I don’t know who the hell anybody is from Denver.” (Suck it, Elway!)

Straub, who paid $82m for the $2.4b Revel a couple years ago after the struggling property declared bankruptcy for the second time, originally planned to reopen Revel under the moniker TEN.

However, Straub balked at local regulators’ demands that he submit to the probing required to win a gaming license, based on his argument that he planned to hire a third party to run TEN’s gaming operations. Straub is currently awaiting his appeal of the New Jersey Casino Control Commission’s ruling.

As with the previous filing, Deifik has yet to publicly comment on the latest filing. Straub has previously clamed Deifik’s filing was only intended to “tie up our property.” Frankly, no one knows what to make of this clusterfuck, but if nonsensical high-profile asset purchase claims are what people want, here goes nothing…

CalvinAyre.com is proud to announce that it has filed papers with the County Clerk’s office in Bemidji, Minnesota announcing its acquisition of the Fox Entertainment Group, parent company of Fox News.

Starting next Monday, the network’s popular Fox & Friends morning show will be hosted by the entertaining trio of Calvin Ayre, Rachel Maddow and Satoshi Nakamoto, who will debut a new daily segment titled Donald Trump is a Big Vagina-Necked Moron with Tiny Hands and Even Smaller Testicles.