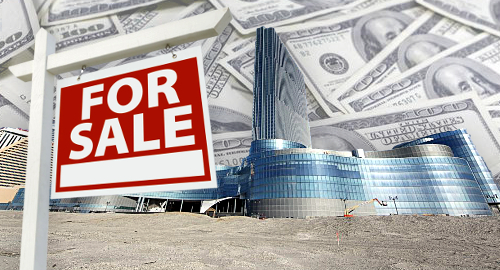 Confusion reigns over whether Atlantic City’s mothballed Revel casino has been sold, with the property’s owner saying one thing, and official documents saying the opposite.

Revel was supposed to jumpstart AC’s struggling casino business when the $2.4b property opened with great fanfare in 2012. But gamblers never really took to Revel, and its owners filed for bankruptcy twice in the next two years before closing the property for good in September 2014.

Revel was eventually bought for pennies on the dollar by Florida-based developer Glenn Straub, who renamed the property TEN but balked at New Jersey regulators’ demands that he submit to the background probing required for anyone looking to receive a gaming license, and the resulting impasse has kept the property on the inactive list.

Rumors of bidders interested in taking Revel/TEN off Straub’s hands have come and gone, and the latest has Ten RE ACNJ LLC, an entity linked to Colorado-based developer Bruce Deifik’s Mile High Dice MGR, reportedly filing ‘agreement of sale’ paperwork with the Atlantic County clerk’s office on August 31.

The filing didn’t mention a price tag but did claim that the power plant adjacent to Revel was part of the deal. Deifik, who runs Integrated Properties Inc., also amended documents indicating that the entity that allegedly purchased Revel intends to seek a New Jersey gaming license.

However, Straub has rejected reports that Revel has been sold, saying he’s “never talked to” the entities listed in the filing. The Press of Atlantic City quoted Straub saying “people can file anything” while claiming that Deifik’s companies “are doing this just so they can tie up our property.”

Further complicating matters, Keating & Associates, the New York private equity firm that recently offered $225m to acquire Revel, issued a statement on Wednesday saying it remains committed to pursuing its acquisition of the property. For the record, Straub has denied having had any contact with Keating, as well.

Watching eagerly from the sidelines is online gambling technology provide GAN, which has a deal to launch a New Jersey online gambling site that would piggyback on the Revel/TEN gaming license, if and when somebody finally kicks open the casino’s doors and chases out the rats that will have taken up permanent residence inside this white elephant.