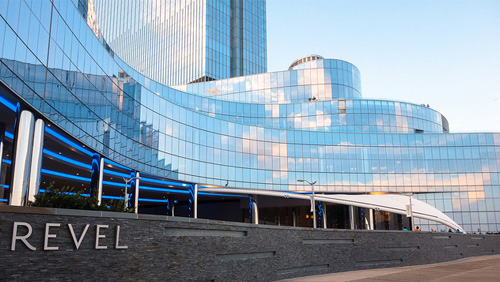 The offer of the still unnamed equity firm is quite hefty since the $2 billion venue at the north end of the Atlantic City boardwalk was bought by Straub for $82 million in bankruptcy court in August 2015.

According to the Press of Atlantic City, the firm made the offer to purchase the resort in the last 10 days through a development and management firm named Digital Launch. The offer was reportedly tendered through Straub’s lawyers in Florida.

Straub, for his part, quickly shot down the report saying that no one has approached him yet over the sale of his shuttered facility, which he renamed TEN.

“I don’t know any private equity firms,” Straub said, according to the news agency.

In a separate interview aired over KYW Newsradio, Straub described the report as “fake news.”

“There’s no way anybody offers 220 and we would laugh in their face in 15 seconds after they’d do it,” Straub pointed out.

Since the real estate developer bought the property almost two years ago, Straub has attempted to get Revel up and running.

He’s keen on resuming gambling in the property under a new name and leasing it to a third party vendor but the state laws prevent him from doing so. Under the law, Straub still needs a New Jersey gaming license if he wants to reopen the facility with a casino component.

Revel casino’s unpaid 2015 Casino Reinvestment Development Authority special improvement district (SID) fees also came knocking at Straub’s front door. The legal obstacles thrown in front of him has made Straub consider other options for the venue including making it a refuge for immigrants.

Digital Launch director of operations Alex Fredericks said the equity firm can help Straub with his problems since the mystery buyer has experience in the hospitality industry.

Fredericks added that the client is also willing to apply for a new gaming license in New Jersey in order to see Revel come back to life.