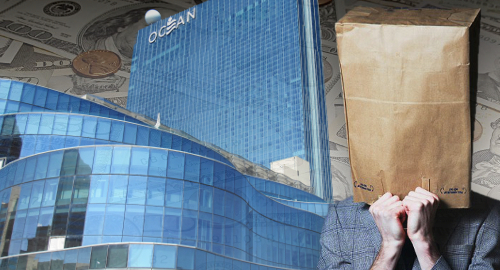 On Wednesday, rumors swirled that ORC owner AC Ocean Walk LLC, which is majority-owned by Colorado developer Bruce Deifik, was on the market, despite Deifik having only acquired the property 12 months ago and the property having just opened its doors six months ago.

On Thursday, news broke that the rumors were true, although we may have to wait a while longer to discover the identity of ORC’s mystery shopper and how much they paid. Deifik paid $200m when he acquired the then-shuttered Revel in January 2018.

The new owner(s) reportedly plan to inject an additional $70m into ORC, which appears to have struggled to attract a sufficient volume of guests and gamblers to make its operations sustainable in the long run. The Associated Press reported that the $70m will fund a new buffet, additional hotel suites, gaming floor improvements and more entertainment options.

Deifik said he and his family, who will retain a small, non-controlling interest in the property, wanted to thank ORC’s employees for “their tireless work to bring our property to life and put it on track to become the best gaming property in New Jersey.” Deifik added that the new $70m cash injection “will put this property on an exciting path to growth.”

Deifik’s use of the word ‘best’ to describe ORC may be subjective, but ORC’s current growth path is entirely negative. The property reported its third straight month of declining gaming revenue in November, and its slots and table revenue ranked dead last among AC’s nine licensed brick-and-mortar operators. It was only the property’s thriving new sportsbook that allowed it to surpass Bally’s on November’s overall gaming revenue chart. (December’s numbers are due Friday.)

ORC’s new owners will need to be licensed by state gaming regulators, so we can safely rule out Glenn Straub as the buyer. Straub, who acquired the mothballed Revel for $82m in 2015, lost interest in the AC casino market when he learned he would have to submit to the standard invasive vetting that all prospective gaming license holders must undergo.

The fact that Deifik was able to find a buyer for ORC could represent the triumph of optimism over common sense. The $2.4b Revel declared bankruptcy before its first birthday in 2013, reopened briefly before filing for bankruptcy again in 2014, after which the property lay dormant for nearly four years. That really should have been sufficient time in which to determine whether the venue was built on the site of an old Indian burial ground, which would explain a whole lot about the property’s fortunes.