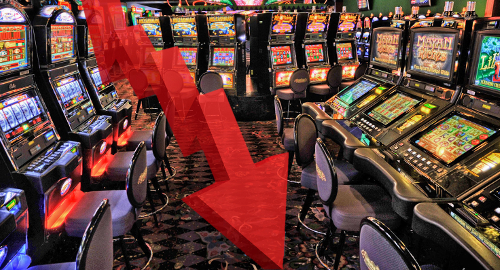 On Tuesday, New Jersey gaming regulators reported that revenue from total brick-and-mortar gaming (slots, table games) totaled $224.5m in September, a 3.2% fall from September 2018. Total gaming win over the first nine months of 2019 is up 8.5% to $2.05b.

Add in the $41.1m that New Jersey’s online gambling licensees brought in last month, plus the casinos’ share of the record $37.9m in sports betting revenue, and AC’s total market revenue for September was up 4.1% to $283.2m.

Of AC’s nine casinos, its two newest entrants – Hard Rock Atlantic City and Ocean Casino Resort – were the only ones to post year-on-year slots & table revenue gains in September.

Hard Rock was up 14.1% to $29.6m, good enough for second place on September’s chart, while the Ocean property jumped 38.6% to nearly $20.7m. However, both properties were down significantly from August’s totals.

OUT WITH THE OLD MAYOR, IN WITH THE NEW
AC got a new leader on Tuesday after the city council voted to make their current President Marty Small the new mayor. Small, who will serve until the next general election in November 2020, called AC “a jewel” and vowed to “bring investors in here to show what the city of Atlantic City has to offer.”

AC’s former mayor Frank Gilliam Jr. resigned this month after pleading guilty to stealing $87k from a youth basketball program he founded and blowing the money on designer clothing and vacations. Gilliam’s inglorious exit made him the fifth AC mayor in as many decades to have been forced from office due to corruption charges.

A year ago, Gilliam appeared to have dodged a legal bullet after prosecutors decided not to file criminal charges stemming from a brawl outside the Golden Nugget casino in November 2018. Gilliam faces up to 20 years in prison when he’s sentenced on January 7.