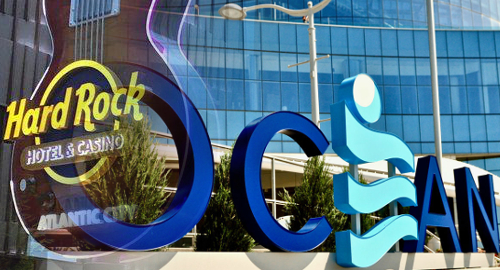 According to the New Jersey Division of Gaming Enforcement (DGE), Atlantic City’s nine casinos reported brick-and-mortar gaming revenue of slightly less than $232m in September, up 7.7% from September 2017, but well below the $270m in brick-and-mortar win reported this August.

The casinos’ overall take was up 15.5% to $272.2m, thanks to $25.7m in online gambling revenue and $14.5m from sports betting (although that latter figure contains some still-pending wagers and uncollected winnings).

But six of the seven casinos that were in operation this time last year reported significant year-on-year declines in September, with only the Tropicana reporting a gain, and only barely so, as the Trop’s revenue inched up 0.5% to $29.9m.

As for AC’s two new properties, the Hard Rock Atlantic City generated $25.9m, its third straight month of sequential declines since its late-June opening, yet good enough for third overall on September’s chart. The Ocean Resort Casino reported $14.9m, down nearly $5m from August, its lowest monthly total since its own late-June launch and dead last on September’s chart.

So are AC’s two new venues cannibalizing the other seven’s action, as was the great fear prior to their opening? Or are the state’s gamblers simply too distracted by the new sports betting and (relatively new) online gambling options to bother crossing the thresholds of their old haunts? One month doesn’t make a trend, but should these figures persist, expect the in-fighting and name-calling to commence in earnest.