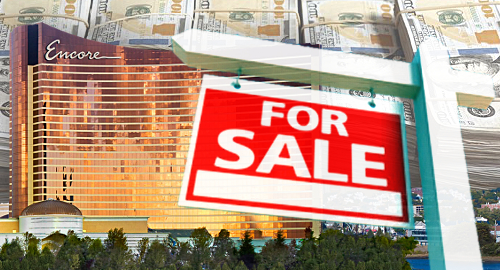 On Friday, in response to questions posed by the Boston Globe, Wynn and MGM issued a joint statement confirming that the companies’ respective CEOs had, “over the past several weeks … engaged in conversations around the potential sale of Encore Boston Harbor,” the Wynn mega-project that is scheduled to open its doors on June 23.

The statement cautioned that these talks were “very preliminary and of the nature that publicly traded corporations like ours often engage in.” The companies stressed that they had no idea where these talks might lead, while reaffirming their mutual commitments to the communities in which they operate.

While Wynn’s $2.6b Massachusetts property has yet to open, MGM opened its $960m MGM Springfield property in the southwestern corner of the state last September. The Springfield casino has so far performed well below the company’s original projections, and its April gaming revenue was $21.8m, down 15% from March and down 19.2% from the property’s first full month of operations.

It’s unclear whether the two operators have allowed Massachusetts Gaming Commission (MGC) reps to sit in on these talks. The state’s gaming laws allow for a maximum three commercial casinos (plus one slots-only facility) and thus prohibit any operator from holding two casino licenses. So MGM would likely have to find a buyer for its Springfield property before any Boston deal can be struck.

In April 2018, Wynn acknowledged media reports that it was considering the sale of its Boston project, then known as Wynn Boston Harbor. Those reports followed hot on the heels of rumors that MGM was having “back-channel” talks regarding a blockbuster takeover of all of Wynn’s operations.

It’s unclear what prompted Wynn to even consider selling its new toy so close to opening night. The company was considered to have dodged a major bullet a couple weeks back when the MGC opted against revoking Wynn’s gaming license following its lengthy probe into the company’s activities vis-à-vis the sexual harassment allegations leveled at its founder and former CEO Steve Wynn.