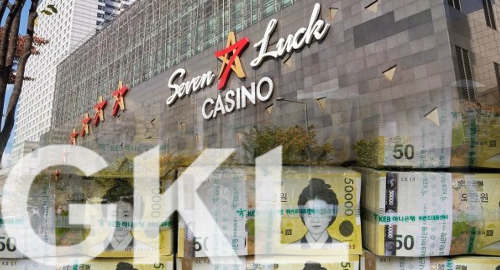 Casino operator Grand Korea Leisure (GKL) saw its first-quarter profits fall by more than half despite sales suffering only a modest decline during the period.

GKL, which is controlled by the South Korean government and operates three Seven Luck-branded foreigners-only casinos – two in Seoul and the other in Busan – didn’t offer any explanation as to the disparity between its sales and profit figures.

However, the company reported a significant rise in “rental expenses,” which shot up nearly 79% to KRW6.2b and ‘commissions’ were up more than 40% to over KRW6.6b. The company also booked nearly KRW5.4b in ‘depreciation expenses on right of use assets.’

GKL also informed the South Korean stock exchange Thursday that its sales for the month of April were down 0.4% year-on-year to KRW39.3b. That sounds like the situation is stabilizing, until you realize that April’s sales were 5.7% below those reported in March. For the year-to-date, casino sales are down 8.6% to KRW147.6b, with table games (KRW128.7b, -9.4%) responsible for most of the slide.

GKL has been on an uninterrupted downward trajectory ever since the third quarter of 2018, while other foreigners-only operators such as Paradise Co Ltd have fared far better. However, while GKL is considered to have the best casino locations in Seoul, Paradise has the flashy new Paradise City integrated resort, which looks even more impressive in comparison with GKL’s older venues.

GKL’s decline commenced not long after the appointment of the company’s new president/CEO Yoo Tae-Yeol, which isn’t necessary Yoo’s fault but his inaugural speech did focus on ‘securing new growth engines’ to ensure the company’s future success. Perhaps Yoo, a former police chief, should just instruct local police to just start dragging foreign tourists in off the street at the point of a gun.