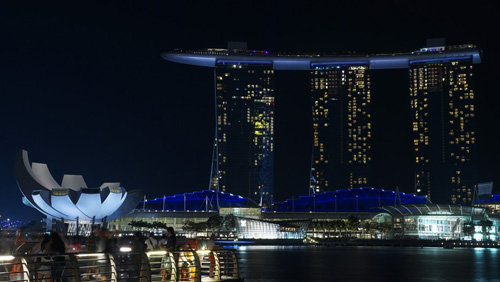 There won’t be any sweetheart real estate deals for Singapore’s casino operators. That was the message from the country’s Senior Minister of State for Trade and Industry, Chee Hong Tat, who said the two operators will have to pay “fair market value,” Channel News Asia reports.

He had to address these concerns in a recent session with members of parliament (MPs). The two operators, Marina Bay Sands and Resorts World Sentosa, were given approval by the government in April to expand their resorts, so long as they invested SGD9 billion ($6.6 billion) in the country. Since they will be expanding their properties, the MPs naturally wanted to know how they were going to pay for the additional land.

In his comment that they would pay market value, Chee noted, “[This is a] longstanding policy that has been extended to both local and foreign companies across different industries.”

Thanks to his further explanation, we know more about what the operators plan to do. Marina Bay Sands has targeted a 3.3 hectares (8.15 acres) expansion site for a cost of SGD1.3 billion ($950 million). Resorts World plan, Chee said, is to use a “SGD1 billion (US$730 million) to intensify the use of existing land and purchase around 1 hectare of new land.”

The expectation is that they will though. Chee believes that without additional gaming space, it won’t be economically viable to expand their resorts. They’ll be creating a lot of new jobs without enough sources of revenue to pay those new wages.

That theory runs contrary to what the Marina Bay Sands have announced. In April, a press release by the operator indicated that their planned new tower will not have any new gambling in it. That doesn’t rule out that they will change their mind, or maybe build more, but it would be a big reversal if they change course now.