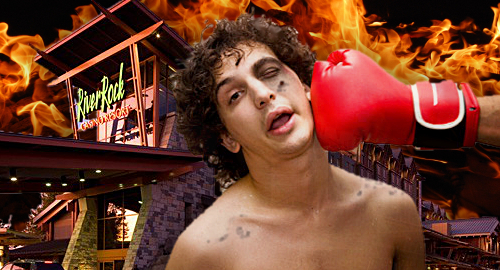 British Columbia’s beleaguered casino industry just can’t seem to stay out of the headlines for all the wrong reasons.

This week, BC’s Attorney General issued a report on working conditions at the River Rock Casino Resort in Richmond, a suburb of Vancouver, detailing incidents of verbal abuse and physical violence suffered by staff at the hands of VIP gamblers dating back to 2017.

Among the more serious incidents was a drunk VIP who slapped two staffers in the face but was allowed to remain a guest at River Rock’s hotel. The casino’s then-director of VIP guest relations encouraged one of these staffers not to report the incident and then convinced the VIP to write the staffer a check for $2k.

One incident involved a gambler who was verbally abusing a dealer, who complained to his supervisor, who moved the dealer to another table. But the gambler’s luck then changed and he demanded the return of the original dealer, a request the supervisor honored by forcing the dealer to return to “an ongoing, known-hostile situation.”

Numerous staffers reported that their complaints to supervisors were met with instructions to “turn a blind eye” or suggestions that staff would “get used to” the abuse. Others said they were told they’d be fired if they reported issues to anyone other than human resources.

Great Canadian Gaming Corporation (GCG), which manages River Rock’s operations, issued a statement saying it has “no tolerance for any type of conduct that may put the safety or security of any person at risk.

But a second report found that, while GCG had observed the rules when it came to incidents that required filing police reports, it failed to report some of these incidents to the British Columbia Lottery Corporation (BCLC), the government branch responsible for overseeing the province’s gaming sector.

When Labine approached GCG’s then vice-president Adrian Thomas about the presence of gangs in the casino, she claims Thomas later told her not to worry because “these are only Asian gangs” and that he had “made a deal. They won’t shit in their own nest.”

Thomas denied Labine’s claims, telling Global he never came to an understanding with any gangs, although he did say he told some casino patrons not to be seen jotting down transactions in their record books while the surveillance cameras rolled.

PARQ VANCOUVER CASINO ON THE BRINK
We’ll close our BC tour of shame at the Parq Vancouver, the flashy C$700m downtown casino that opened in September 2017, just as the province began imposing stricter AML rules and is now finding it hard to pay off its hefty construction tab.

While Parq is reportedly operationally profitable, it’s also buried in debt, so much so that US-based Paragon Gaming tired of its losses and sold its stake in the property earlier this year. That left Parq Holdings LP – which consists of privately held real estate developer PBC Group (63%) and publicly traded real estate and agriculture firm Dundee Corp (37%) – in control.

Last month, S&P Global Ratings downgraded Parq Holdings’ credit rating to CCC, eight spots below investment grade. Parq deferred an interest payment by one month until April 30, but no one seems to know whether or not this payment was made.

In late March, Dundee’s CEO Jonathan Goodman told investors that a restructuring was imminent, as his company wasn’t willing to throw more good money after bad. The expectation/hope is that a third party will emerge to take over some of Dundee’s share and possibly inject more capital into this copper-colored debt monster.