Home / Business / Zynga has record Q1, no thanks to poker and (most) social slots 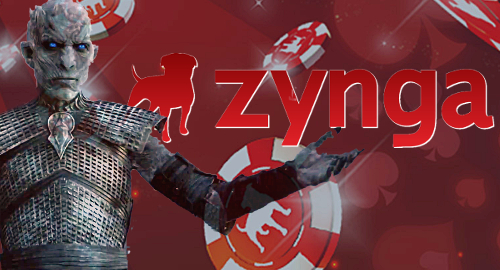 Social gaming company Zynga is being forced to rely on products other than its once dominant poker and slots games but the company insists its casino products aren’t quite dead yet.

On Wednesday, Zynga released an impressive financial report card that showed revenue of $265m in the three months ending March 31, 27% higher than the same period last year. However, soaring costs meant the company booked an operating loss of $141.6m and a net loss of $128.8m.

Total costs and expenses effectively doubled to $407m in Q1, primarily on an increase in deferred revenue. Some of Zynga’s recently acquired games performed better than expected, triggering larger than expected bonuses to their creators. Investors shrugged off the red ink, pushing the company’s shares up nearly 10% in after-hours trading after falling 2.65% by Wednesday’s close.

The investor excitement stemmed in part from Zynga posting its best mobile revenue and bookings (the in-app sale of virtual goods and credits) performance in the company’s history. Mobile is now so dominant in Zynga’s operations that the company no longer reports its web-based audience metrics.

Zynga Poker accounted for 15% of Q1’s overall game revenue, down from 21% in Q1 2018. The poker product’s mobile revenue fell 17% year-on-year, which the company blamed on the ongoing recovery from platform changes and adjustments to its in-game economy. Nonetheless, Zynga predicted a return to poker growth in H2, thanks to its new World Poker Tour-themed bold beat Spin and Win.

Zynga’s Social Slots portfolio accounted for 21% of overall game revenue, down from 26% a year ago. While the venerable Hit It Rich! Slots title reported revenue and bookings growth of 13% and 11%, respectively, overall slots revenue was down 3%.

Zynga expects renewed interest from a new Games of Thrones-themed slot, which is currently being tested, although some might say that this product would have been better off arriving before the show went off the air.

By contrast, non-casino stalwarts like Words With Friends reported mobile revenue up 49% and racing title CSR2 improved 27%. Newer titles such as Merge Dragons! reported record revenue while Empires & Puzzles darted in and out of the Top-10 U.S. Grossing Game charts on both Google Play and Apple’s App Store.

Looking ahead to Q2, Zynga is forecasting revenue of $280m and a net loss of $70m, in part due to an additional $80m in that pesky deferred revenue.

Zynga is also toying with the idea of introducing subscription services that would deliver extra content for some of its games. President of publishing Bernard Kim told Variety that Zynga would likely trial the concept with one of its ‘forever franchises’ like Words with Friends.