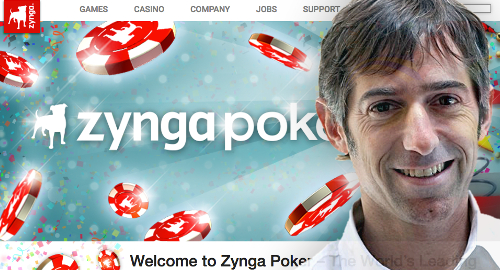 Social gamers Zynga appears to have finally cracked the profit formula, thanks to a surge in mobile activity and continued strength in its flagship poker product.

For years, Zynga struggled to convert its desktop users to mobile channels, and the effort appears to have paid off. Mobile users accounted for a record high 88% of Q1’s overall revenue and mobile daily active users (DAU) hit 23m, another peak performance.

The venerable Zynga Poker accounted for 23% of Q1’s game revenue, and it’s worth noting that this play-money product’s $37.2m revenue exceeds a great many real-money online poker operators’ quarterly hauls. The poker product’s mobile revenue was up 13% year-on-year.

The social slots division claimed a 26% slice of Q1 revenue but mobile revenue was down 4% year-on-year. The Hit It Rich! Slots and Wizard of Oz Slots titles reported “strong” growth but declines at other social slots titles offset these gains. However, the slots division reported its “best quarterly monetization in franchise history” due to new features and licensed content.

The quarter marked the first full contribution from Zynga’s new Casual Cards division, following the December 2017 completion of Zynga’s acquisition of Peak Games’ mobile card studio. Zynga said its new Casual Cards team in Istanbul is “meeting our expectations” and the company is similarly pleased with its “successful integration into our publishing and studio operations.”

Zynga projected its Q2 revenue will come in around $208m, earnings at $27m and net income of just $1m. The company also announced a new $200m share repurchase program, following its recent repurchase of 67m shares.

The quarterly results were accompanied by news that Zynga founder Mark Pincus (pictured) had converted his ‘super voting’ Class B & C shares to common stock, which will reduce Pincus’ voting power from 70% to 10% as the company transitions to a single class share structure to achieve “parity for all shareholders.” However, Pincus isn’t selling any of his stock and will become a non-executive chairman of Zynga’s board of directors.