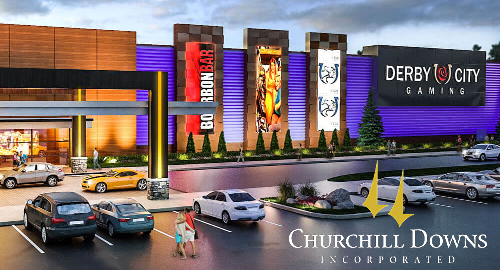 Casino, betting and online gambling operator Churchill Downs Inc. (CDI) reported soaring revenue in the first quarter of 2019 following its year of brick-and-mortar acquisitions and the launch of a pseudo-slots business.

Lest anyone panic, it bears mentioning that Q1 2018’s profits were artificially boosted by $168.3m via the sale of CDI’s social gaming unit Big Fish Games to Australia’s Aristocrat Leisure Ltd.

CDI has traveled a long way since its days as a pure racing operator, so the company has restructured its financial reporting into three new segments: Churchill Downs (pari-mutuel wagering at Churchill Downs Racetrack and historical racing at Derby City Gaming), Online Wagering (the TwinSpires advance deposit wagering site plus online sports betting and iGaming), and Gaming (land-based casino and jai-alai operations). Past results have been recalculated to reflect this realignment.

The Gaming segment led the revenue race with $170.1m, up 51.2% year-on-year, while adjusted earnings were up nearly 40% to $64.8m. The spikes reflect CDI’s frantic acquisition activity over the past year, including several deals that were completed in the past quarter, as well as the launch of BetAmerica Sportsboooks at its Mississippi casinos last August.

The Online Wagering segment had a less stellar quarter, with revenue down $200k to $63.4m while earnings dipped $1m to $16.9m. The revenue dip was attributed to racing meets succumbing to inclement weather and the Santa Anita track’s decision to suspend operations following a rash of horse deaths. The earnings decline was blamed on startup costs for sports betting and iGaming operations.

Finally, the Churchill Downs segment reported revenue of $21.4m and earnings of $1.4m (from a loss of $6m last year) thanks primarily to last September’s opening of Derby City Gaming, the historical racing (aka instant racing) facility in Louisville, Kentucky. CDI said Thursday that it’s adding 100 additional machines to Derby City’s offering by mid-May, which will bring the property’s total machine count to over 1,000.

Derby City’s success contributed to CDI’s decision to start building its second historical racing venue in Oak Grove, Kentucky on April 9. The venue, which is located about an hour north of Nashville, Tennessee, expects to open to the public sometime in H1 2020.