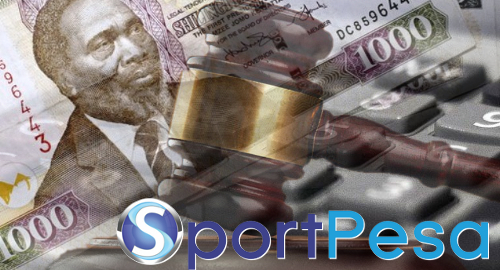 On Tuesday, Business Daily reported that Kivuti had rejected a request by the Kenya Revenue Authority (KRA) to lift the order, which barred SportPesa – or any other lottery or betting licensee – from “making any deductions on the plaintiff or on any person’s winnings in a bet or game of chance pending hearing and determination” of Irungu’s suit.

The KRA had requested the lifting of Kivuti’s order by claiming that the agency was now “unable to collect approximately Sh2.7b (US$26.7m) per month …[meant] to finance sports, art, culture development and universal healthcare.”

Unmoved, Kivuti justified keeping his order in place on the grounds that Irungu had requested more time to prepare his legal response. Kivuti has scheduled a hearing next Monday to consider the matter.

The winnings tax was originally imposed years ago but was halted in 2016 due to problems with its implementation. Last year, the KRA sent a back-tax bill for SH10.3b to SportPesa’s parent company to cover unremitted tax on bettors’ winnings from the years 2015-16. SportPesa says the court order prevented it from collecting the tax during those years, but the KRA argued that the order applied only to Irungu’s winnings.

Kenya’s gambling operators are understandably frustrated with the government’s willingness to keep moving the tax goalposts. In July 2017, Kenya dramatically hiked its gambling taxes to a uniform 35% rate, then reduced that to 15% last September while reintroducing the 20% winnings tax.

In March, the KRA publicly suggested boosting operators’ 15% tax by a further 10 points, apparently based on little more than a desire to punish what some perceived as a socially undesirable sector. Earlier this month, the government warned it would suspend the license of any operator effective July 1 if it was found to be paying less than its full tax obligations.