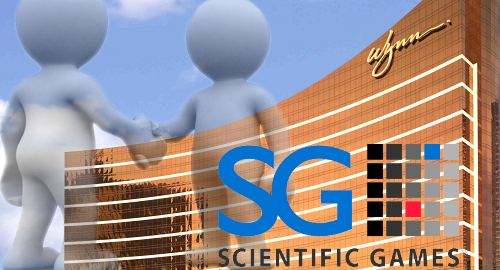 On Tuesday, Wynn and SGC announced a plan to under which SGC will support Wynn’s launch of “unique digital sports betting and iGaming applications in the US.” The first fruit of this union will debut in New Jersey at some unspecified future date, but the official statement offered precious little else in the way of details.

Among these unanswered questions is what will become of the sports betting partnership Wynn inked with UK-licensed mobile sportsbook operator BetBull last October. That deal involved Wynn taking a 22.5% stake in BetBull.

Also unanswered is on which New Jersey casino operator’s license does Wynn intend to piggyback, as Wynn’s US casino presence is currently limited to Nevada, although it is close to launching its Boston-area project, assuming Massachusetts regulators deem the company to be sufficiently ‘suitable’ now that the company has jettisoned founder Steve Wynn amid a swirl of sexual harassment allegations.

Steve Wynn was considered the main reason why Wynn is a late bloomer on the online gambling front. While the company launched an ‘Interactive’ division that applied for a New Jersey iGaming license in 2014, the company withdrew its application the following year without providing an explanation. (For the record, Wynn Interactive planned to operate under a Caesars Interactive Entertainment New Jersey permit via a partnership with 888 Holdings, so perhaps that relationship remains on good terms.)

SGC became a major sports betting player following its 2017 acquisition of the OpenBet betting platform and now routinely humble-brags about the volume of wagers it handles on major events.

The markets reacted favorably to Tuesday’s announcement, pushing SGC’s stock up over 8% by mid-day. Wynn got a much smaller bump, rising less than 2%, but then Wynn’s future has a lot more uncertainty at the moment.