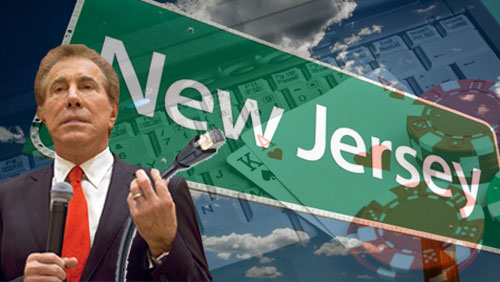 In a Sept. 2 letter to the New Jersey Division of Gaming Enforcement, a lawyer for Wynn wrote that “at this time, Wynn does not wish to proceed with its application. Therefore, kindly accept this correspondence as a formal request to withdraw such application.” The division accepted the withdrawal two days later.

Wynn Interactive took preliminary steps in July 2013 to enter New Jersey’s Internet gambling market through a partnership with Caesars Interactive. The casino operator was approved in February but the company seemed to change its mind, putting its online gambling effort on hold.

Wynn spokesman Michael Weaver said that Wynn Resorts doesn’t view online gaming “to be a good entrepreneurial opportunity.” Wynn, in an interview with political commentator Jon Ralston, questioned the technology used to track players and block minors from gambling online, adding “the technology was impressive if you were a cyberguy. But it was bullshit.”

The PalaCasino real-money gambling app, which is available for both Android and IOS, gives users access to about 30 casino games such as roulette, craps, blackjack, and video poker.

“As mobile devices become more and more integral in our user’s everyday lives, we are excited to launch an app that provides virtual gaming access to our valued players throughout New Jersey, 24 hours a day, seven days a week, 365 days a year,” said Pala Interactive CEO Jim Ryan.

Pala Interactive has not yet launched a poker product in New Jersey. In a March interview with CalvinAyre.com, Jim Ryan said that it was putting off poker essentially because the company didn’t think it could compete yet.

“We put that on hold because we do expect PokerStars to enter the market, not that we would have grabbed a significant share because there are two very credible poker networks operating in the states of New Jersey at this point in time, liquidity is obviously a challenge, we’ve seen one poker network already exit the marketplace,” Ryan said.

Emails were sent to users instructing them to convert their points to comps and the message also reiterated that only the online poker site was closing but live poker rooms would remain open. Golden Nugget does not offer real-money online poker, even in New Jersey, where it operates a licensed casino site.

Online gambling is currently allowed in three states—New Jersey, Nevada and Delaware. In New Jersey, internet gambling started in November 2013 and after a slow start, it has been showing gradual improvement and took $122m in 2014. For the first eight months of this year, it saw a 15.6% increase year-on-year to $96.7m.