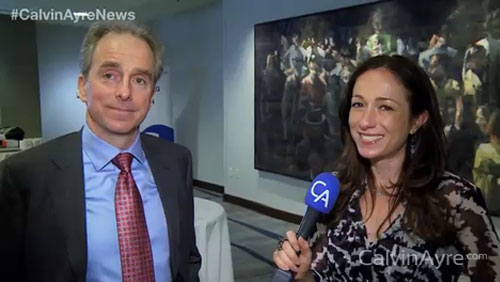 Rebecca Liggerro talks to Pala Interactive’s CEO, Jim Ryan as he shares the state of the New Jersey regulated market.

New Jersey’s gambling laws are among the least restrictive in the United States.

“The way we look at it is the first material regulated in the United States. One would have to expect that there would be some growing pains. There were some forecasts that were given by many as of the size of the market that weren’t accurate but it’s old news. what we have is a market that is regulated; it works; it’s the gold standard to be used by other U.S. markets that are considering regulating and it’s showing signs of growth,” said Ryan.

Ryan also talked about Restoration of America’s Wire Act (RAWA) saying that “it’s a bill without a credible purpose” because it will just allow black market to thrive in the United States and not to to protect underage gambling and those who have addictive tendencies like what it seeks to do.

Watch the full video to hear more from Jim Ryan.