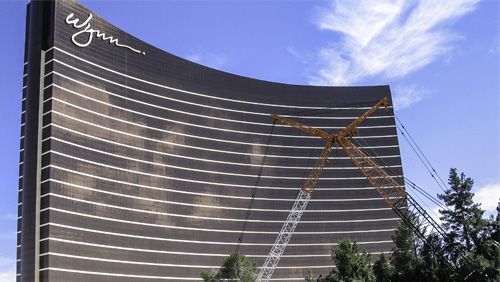 Wynn Resorts is looking to do nearly anything to keep the Massachusetts Gaming Commission (MGC) happy. It’s latest suggestion was to ban Steve Wynn, its co-founder, from entering any of their properties, reports the Las Vegas Review-Journal.

If the MGC takes up that offer, Steve Wynn would be prohibited from both the Wynn Las Vegas and Encore Las Vegas, the Macau locations operated by Wynn Resorts, as well as the new Boston project at the heart of the MGC case.

That’s not their only offer though. In their 49-page legal brief, Wynn Resorts offered 12 other suggestions to avoid losing their license. Those suggestions include a compliance committee to investigate sexual assault claims, an annual audit of their policies, routine discrimination and harassment training for their staff, to stay away from Steve Wynn’s lawyers, and to otherwise keep the MGC in the loop on every complaint raised.

In their filing, the casino operator stated their hopes:

“The commission should find that Wynn MA and the company have established their ongoing suitability by clear and convincing evidence; that the company’s new qualifiers have established their suitability by clear and convincing evidence; and that there is not substantial evidence that the company or any qualifiers willfully provided false or misleading information to the commission in violation of any gaming laws or regulations.”

One of the suggested concessions that didn’t make the cut was for CEO Matt Maddox to lose his job. As Steve Wynn’s handpicked successor and right hand man for several years, The Boston Globe’s Joan Vennochi argued he should be forced to resign, as he carries a reminder of Steve’s bad behavior, and likely helped conceal it in some manner.

These 13 new suggestions of Wynn will all go over fairly well, but the big question is if they go far enough. Based on the events of Elaine Wynn’s testimony day, Maddox isn’t a favorite of the MGC, and with the Globe pushing for his resignation as well, that might just be what it takes for Wynn to keep its license. However, with the Nevada Gaming Control Board announcing Maddox was in good standing, maybe the MGC will want to just wrap this up now.