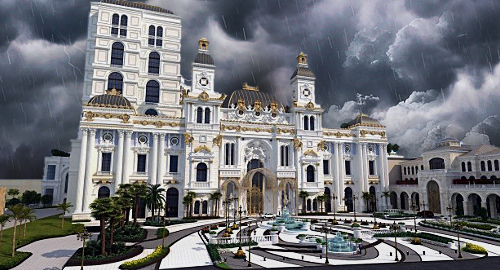 Saipan casino operator Imperial Pacific International (IPI) is once again warning investors that turning a profit is beyond its capacity at present.

On Friday, the Hong Kong-listed IPI issued a profit warning, saying that it expects to record a net loss when it hands in its 2018 financial report card on March 31. The company attributed the expected loss to falling revenue and the impairment of trade receivables, aka uncollectable gambling debts from high rollers either unwilling or unable to honor their markers.

IPI’s last profit warning came in August, ahead of the company’s H1 2018 report, which eventually revealed a 91.3% decline in profits to just HK$79m (US$10m). That report also featured the company writing off the staggering sum of $733m in uncollectable VIP gambling debts, nearly half of which was owed by just 10 clients.

As the saying goes, if it wasn’t for bad luck, IPI wouldn’t have any luck at all. The past year saw significant turnover in the company’s senior management ranks, labor unrest that contributed to missed deadlines for completion of its permanent resort (pictured), payroll hiccups and even a typhoon-related halt in operations. By November, IPI was forced to publicly refute rumors that the company was teetering on the brink of bankruptcy.

Much of IPI’s current predicament stemmed from its controversial decision to eschew the use of junket operators in favor of offering credit directly to gamblers. That policy ensured a greater slice of the profits but put the onus on IPI to collect these debts, a task it ultimately found harder than expected.

Help may be on the way after local gaming regulators approved three new junket licenses this week, while also allowing IPI to suspend its minimum bankroll requirements to give the company a better shot at surviving its current cash crunch.

CLOUDY DAYS AHEAD FOR SUNCITY
Friday saw a similar profit warning issued by Suncity Group Holdings, the publicly traded offshoot of Asia’s leading junket operator Suncity Group (both of which are controlled by Alvin Chau). Part of the public company’s operations is providing travel and hospitality for the junket’s gambling clients.

Last September, Suncity Group Holdings reported a net loss of $241m in the first half of 2018, primarily due to a change in value in convertible bonds. On Friday, Suncity said it expects to book an unspecified net loss for the full year – after booking a profit of RMB197m (US$29.3m) in 2017 – when it delivers its official report on March 29.

Suncity group has been rapidly expanding its interest in casino operations across Asia, including projects in Vietnam, Cambodia and, most recently, upping its stake in the company that controls the Tigre de Cristal casino outside Vladivostok in Russia.