Home / Casino / Cluelessness, powerlessness behind IPI’s fall, according to company 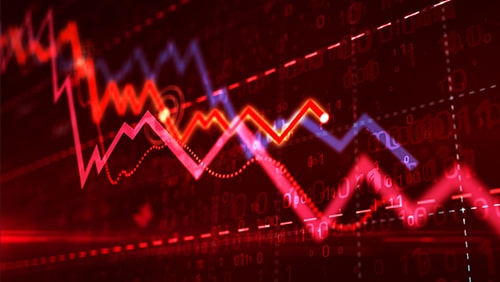 It seems as though Imperial Pacific International (IPI) is in the news every other day, and never for good reasons. The closest thing to positive news to come out of the embattled casino operator lately was the acknowledgement that it has been able to repay its employees, but this came only after the company’s chairperson, Cui Li Jie, was under threat of being put in jail for contempt of court. Now, as the company behind the long-overdue Imperial Palace resort in Saipan continues to face scrutiny, IPI has confirmed what many already knew. Its problems stem from ignorance and lack of funds.

IPI has been called in front of lawmakers, judges and gambling regulators to explain why it is having so much difficulty. It has been accused of forcing employees, unable to return home because they weren’t paid for months, to live in squalor as bills continued to pile up and everyone wants to know how things could have gotten so far out of control. According to Cui, part of the reason is because she is ignorant – unfamiliar with her responsibilities as chair of IPI and unfamiliar with U.S. laws.

The Saipan Tribune quotes Cui’s lawyer, Juan Lizama, who said, “This isn’t the place she grew up. She’s never experienced how businesses are run here in the United States. If it is that difficult for [former CEO] Donald Browne to stand before the system, you can imagine how difficult it must be for someone like Cui.” However, as commonly-accepted knowledge, ignorance of the law does not excuse a failure to comply with the law. In addition, the captain always goes down with the ship.

Lizama also tried to assert that Cui is “just the chairperson” and that she “doesn’t have control over the company.” However, his attempts at trying to make Cui seem like a simple and helpless female aren’t working. She is a billionaire entrepreneur who has invested in a number of industries and has also been involved with casinos since at least 2009, the year she and her son became active in Macau’s junket business.

The U.S. Department of Labor (DOL), which is going after IPI and Cui for the operator’s treatment of its employees and debt, isn’t buying the story, either. It asserts that Cui is responsible for the company’s actions because she signed the consent judgment and has also made many calls on IPI’s practices. Charles Song, the attorney for the DOL, asserts, “For [Cui’s] attorney to represent that she doesn’t know what’s going on with IPI CNMI just doesn’t strike us as accurate.”

IPI attorney Michael Dotts has now admitted that the company doesn’t have the financial means to pay the money owed under the consent judgment, which is now overdue. He stated, “IPI lacks funds to make the deposit that the [U.S.] Department of Labor has requested,” and this could hold a lot of weight with what happens next to IPI and Cui. The company is reportedly still on the hook for more than $1 million, and a failure to pay could lead to another contempt of court order and possible jail time for Cui.

The de facto CEO of IPI, former Senator Ray Yumul, hasn’t officially been handed the keys to the castle yet, but he’s starting to take on executive leadership responsibilities. He is acting on behalf of the company, appearing in a conference yesterday to discuss an ongoing sexual harassment case. That centered on a former VIP hostess, Shirlene Loh, and other female employees who are part of a lawsuit brought against IPI by the Equal Employment Opportunity Commission in September 2019.

IPI denies the allegations and the recent meetings were reportedly scheduled to discuss a settlement. However, if IPI has already acknowledged that it can’t cover its current obligations, it won’t be able to cover any additional financial debt that might be added. A jury trial on the matter is on the docket for this September, depending on the outcome of the current talks.