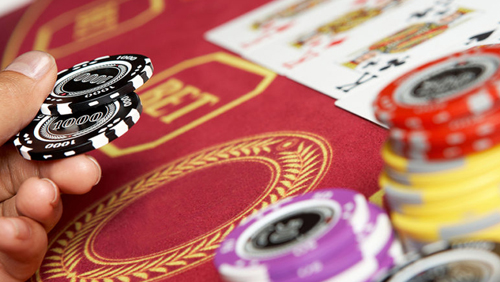 According to GGRAsia, a soft launch of the first phase of a new multi-billion dollar casino resort being backed by Suncity Group Holdings in Vietnam is coming this fall. The resort, called Hoiana, is located in Hoi An on Vietnam’s central coast and phase one includes three hotels, a condo-hotel complex with 270 units dubbed the Hoiana Residence and an 18-hole golf course.

Suncity Executive Director Andrew Lo Kai Bong told GGRAsia, “We expect it [the first phase] to open in October, and by then basically 90 percent of the first-phase content will be launched – such as the golf course, and hotels. But that should be a soft opening. We’ve aimed a grand [full] opening of it before the Chinese New Year period in 2020.”

The complex is being built by VinaCapital Group, an asset management firm belonging to Vietnam-based Hoi An South Development Ltd., and a subsidiary of Chow Tai Fook Enterprises Ltd. out of Hong Kong. Suncity became involved last August when it acquired a 34% stake in the project.

When the casino opens, locals will unfortunately not be allowed in. Vietnam is currently running a pilot program at one casino, the Corona Resort in the country – with one more to be added – that allows locals to gamble. However, Hoiana will have to wait until the end of the two-year trial ends before a determination is made if locals will be allowed to gamble in casinos.

Lo explained, “It is still not the right moment for us to apply for it [permission to offer gambling to locals],” but the venue “definitely” plans to do so. He added, “But now [currently] only two licences were issued that allow locals,” he further stated. Once the three-year test run under the scheme was completed, Suncity Group believed “the market would be open for it.”

Corona, located on Phu Quoc Island, became the first to participate in the pilot, which requires that a casino have at least $2 billion in capital investment. The second casino is expected to be one in Van Don in Northern Vietnam, which is being developed by Vietnam-based Sun Group about 100 miles east of Hanoi.