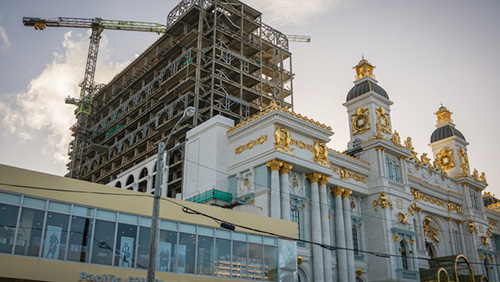 Last week, 80 Filipino construction workers were suddenly dismissed from their jobs at the Imperial Palace Casino in Saipan. Now, the casino’s developer, Imperial Pacific International (IPI), could be in hot water once again, as the employees are accusing the company of forcing them to do tasks that were not included in their skillset, which could have led to safety and quality issues.

This past Monday, a worker told the Saipan Tribune that the employees have never been offered a reason for their dismissal, which has led him to want to publicly voice his side of the story. The worker, who wished to remain anonymous, said, “We can’t defend ourselves and they [IPI] have been telling us different reasons. Some are saying that we’re not qualified for the job or that we’re hard-headed.”

Another worker asserted that the employees were hired to perform specific duties, but were then asked to fulfill other tasks once they were on site. He stated, “There’s one mason who has yet to do mason work and was tasked to sweep the area while there’s a plumber who was asked to do carpentry. On top of this, we assemble scaffolding, which we’re not qualified to do. There are certified workers who assemble scaffolding because it is very dangerous.”

The timing of the reduction in staff is puzzling, to put it mildly. IPI was initially expected to have initial construction completed by the summer of last year. When that deadline came and went, regulators authorized an extension until this past August. Not surprising, IPI wasn’t able to meet that deadline, either. It asked for another extension until the end of the year, but then immediately announced that it wouldn’t be able to complete the entire project for another two-plus years.

In making its request for the latest extension, officials agreed, apparently without providing any additional demands of the company. The removal of the construction workers comes just after the extension was approved, which should be a clear indication that IPI has no intention of working toward completing the casino ahead of schedule.

In fact, the company said over the weekend that it had led the workers go as it was pulling back on the scope of the construction. A company representative said, “The purpose of the reduction is to adjust the level of labor supply based on the demand of the construction project.”

The Saipan casino project has been trouble since it began. There have been reports of bribes and shady deals, nepotism, unlawful workers, lack of proper employee compensation and one delay after another. One has to wonder why IPI has been able to stay in charge of the project for so long and why officials aren’t taking a harder stance against the company.