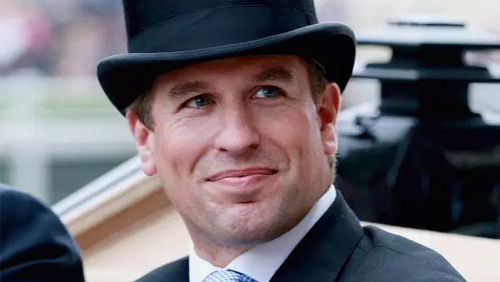 Horse racing isn’t as popular as it once was. Tracks are closing, and some shops are considering dropping the product entirely. There are simply too many other forms of entertaining action to bet on for it to keep up. Watching a race, in person or on TV, doesn’t have the same draw that it used to.

Leave it to the Queen of England’s grandson to come up with an idea so crazy, it might just work.

The BBC reports Peter Phillips, Queen Elizabeth II’s eldest grandson and 14th in line to be the next King of England, has proposed the ‘City Racing’ project, which would see horses race 1,000-meter races in city streets.

“There will be a pedestrian crowd barrier, two or three meters back from the edge of the track and people lined four or five deep, getting up close to these horses running at 30mph,” Philips said, according to the report. “That’s going to create a unique energy and buzz.”

His sports company, SEL UK, could reportedly set up and tear down a racetrack on a city street in three days’ time, making it a perfect event to hold over a long weekend. They use a special synthetic surface that has already been tested and proven safe to horses, and barriers to keep the crowds at bay.

You might not have to wait long to see the first city race. Philips says the first one might happen as soon as March.

Long term, he’s hoping to sign deals with many international cities. He believes he can get deals with Australia, the United States, some Asian and Middle East countries in the short term, and eventually hopes to run races in London and Paris.

“It has to be a full day out, with entertainment outside of the track and post-meeting entertainment. It will be up to the local provider to decide what they want to put on,” said Phillips.

Philips doesn’t see this as competition to existing race tracks, but as a supplement to it. Considering the tracks won’t be permanent and the events more seldom, this could be seen as more of a novelty event.

Of course, the natural question is, what does the Queen think of all of this? On that, Philipps plays coy. “That is one of those conversations where I can’t divulge a huge amount, although she is following it with interest,” he said.

Has home advantage gone? How the Bundesliga should guide your EPL bets
Paul Seaton
12 hours Ago